India’s ‘pride’ will be defended: Rajnath 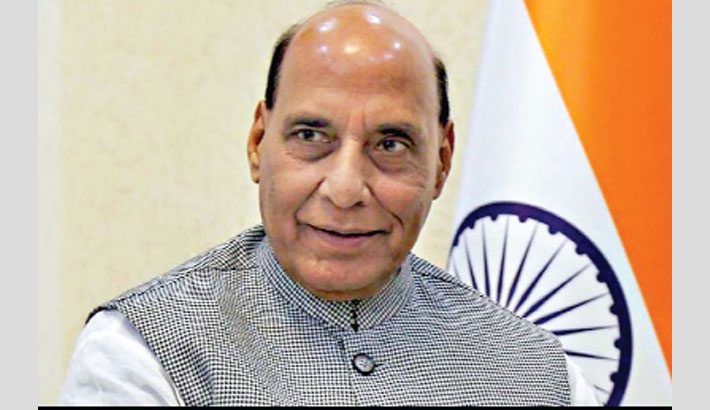 NEW DELHI: India will not let its "pride be hurt" in its latest border flareup with China but is determined to settle the dispute through talks between the giant neighbours, Defence Minister Rajnath Singh has said, reports AFP.

Singh also said in a television interview late Saturday that India has turned down a mediation offer by US President Donald Trump.

Hundreds of Indian and Chinese troops are involved in the latest face-off concentrated in India's Ladakh region just opposite Tibet.

The two countries have several disputes along their 3,500-kilometre (2,175-mile) border. They fought a frontier war in 1962 and there have been regular spats, though no shot has been fired since the 1970s.

The latest tensions blew up on May 9 when dozens of Chinese and Indian soldiers were injured in fistfights and stone-throwing in Sikkim state. Many Indian soldiers are still in hospital.

The main showdown is now in Ladakh centred around the Galwan valley which controls access to several strategic points on their Himalayan border.

The two sides have blamed each other but analysts say India's building of new roads in the region may have been the fuse for the dispute.

Both sides have blamed each other and sent reinforcements and heavy equipment to the zone.

"I want to assure the country that we will not let India's pride be hurt in any circumstances," the defence minister told the Aaj Tak television channel.

He referred to a similar 2017 showdown on the Doklam Plateau which he said was "very tense" but "we did not step back".

"India has been following a clear policy of maintaining good relationship with neighbouring countries. It is not a new approach," he added.

"At times, situations arise with China. It has happened before," Singh said while insisting that India was striving to make sure "tension does not escalate".

"Negotiations are ongoing between the two countries at the military and diplomatic levels," he said.

A defence ministry on Sunday warned the Indian public about fake social media videos showing fighting on the border. "Currently no violence is happening. Differences are being addressed through interaction between military commanders," a ministry statement insisted.

The US president this week tweeted an offer to mediate in what he called a "raging" dispute.

Singh said he spoke to US Defense Secretary Mark Esper on Friday to emphasise that India and China have mechanisms to resolve "problems" through talks at diplomatic and military levels.