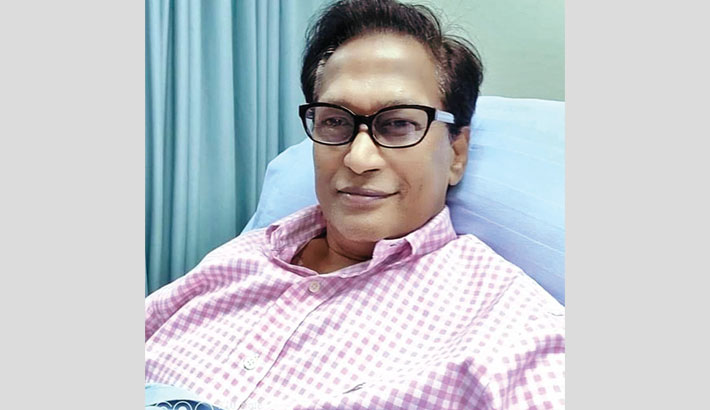 Former national footballer and organiser Golam Rabbani Helal breathed his last at his Dhanmondi Resident on Saturday at 11:30am.

The deceased was 67 and was in the Intensive Care Unit (ICU) at the city’s Square Hospital after suffering brain hemorrhage at his Dhanmondi Resident on Thursday. He underwent an open heart surgery after cardiac arrest in 2017 and also undergoing dialysis for last year due to the Chronic Kidney Disease.

Helal left behind a wife, two daughters and many well-wishers to mourn his death. His nephew Golam Kaife also informed that the Namaz-e-Janaza of deceased held after Saturday's Asr prayers at the Abahani Club ground in Dhanmondi before his burial at the Azimpur graveyard.

Footballer Chunnu said, “We started our journey together in Dhaka Abahani in 1975. We had played together there for 8 to 10 years. He was passionate footballer and also a good man. As you know we all four were sent into jail following chaos between supporters of Abahani and Mohammedan in 1982. We all four were sent in jail by train to Rajshahi and Jessore from Dhaka. We were crying when they separated us at the Ishwardi railway station. Salahuddin Bhai and me was in Rajshahi jail while Helal and Anwar in Jessore.”

Dhaka Abahani Ltd Team manager Satyajit Das Rupu said, “Helal Bhai was one of our directors, he played important roles for the development of clubs. His Namaz-e-Janaza held at club’s ground after Asr prayers.”

Helal represented the national side for 6 years from 1979 to 1985. In his club career, Helal spent a long 13 years in Dhaka Abahani Limited except a short spell of two and half months at BJMC.

He was sent to jail along with other three footballers Kazi Md Salahuddin, Ashrafuddin Ahmed Chunnu and Kazi Anwar on September 21, 1982 following chaos between the madcap supporters of Dhaka Abahani and Dhaka Mohammedan SC during the Dhaka derby at Bangabandhu National Stadium (Dhaka Stadium). The then military rule government issued warrant against 12 footballers and the four Abahani players were kept behind the bar for 17 days under special power act in Rajshahi and Jessore.

After the retirement, the football star became one of the directors of Dhaka Abahani Ltd and possessed different important roles for the club. Helal also became the executive committee member of Bangladesh Football Federation (BFF) from 2008 to 2012 and member of AFC Vision Asia Committee from 2011 to 2015.