‘I had a lot of changes in my realisation’ 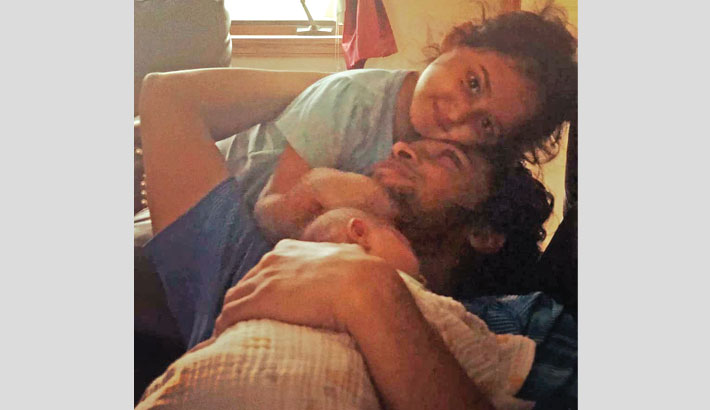 Bangladesh ace all-rounder Shakib Al Hasan feels that he is learning to conceive life in a new perspective courtesy his realization after getting a ban from cricket.

Shakib has been the biggest name for the past years that got banned for corruption offenses by the International Cricket Council (ICC).

The left-handed all-rounder pleaded guilty on three charges under the ICC’s anti-corruption code regarding the Bangladesh Premier League in 2017, the 2018 IPL and a tri-series among Sri Lanka, Zimbabwe and Bangladesh in the same year.

The 33-year-old has been banned for two years with one suspended year after he admits of the charges and accepting his suspension instead of a hearing.

Shakib, who is residing with his family in the United States of America (USA), where he is blessed with his second daughter just a few day back, during an interview with a leading media outlet revealed about the changes.

“Basically, I had a lot of changes in my realisation and it can happen in different ways,” said Shakib.

Shakib showcased his dream performance in the last year ICC Cricket World Cup-2019, where the ace all-rounder carried his team on his back alone, scoring 606 runs just from 8 matches and with the ball he claimed 11 wickets in the extravaganza.

Shakib is now expecting only to return to cricket on October 29, 2020 and how he applies his new thought of his cricket games to what he developed during the suspension period.

“I am counting days in two ways. One, when will corona be over, and the other, when will my suspension end. I am going through a tough time. Although there's no cricket going on anywhere, I know that if it starts tomorrow, I won't be able to play cricket,” he said.

“When you are restricted about something, whether others talk about it or not, you know yourself about what you are going through,” he said.

Shakib said that he is passing good times with his newborn daughter while residing in the United States.

The left-handed all-rounder becomes a father of his second child on 24 April, after a week later through the social media account he revealed the name of his daughter Errum Hasan, where he wrote that Errum means Jannat.

Shakib tied the knot with Shishir on 12 December 2012 and on 8 November 2015, the couple were blessed with their first baby girl named Alayna Hasan.

However, Shakib is eyeing for the matches to get started again in a safe and sound condition as he hopes that things will get normal the sooner than later.

“I wish the sooner matches start getting back on the field will be the better and the sooner I get back the better and the whole world get rid of this danger and people start to live safe and sound and lead their life normally again,” said Shakib adding that he wants clarity about ICC regulation regarding the guidelines they prepared for cricket in the post-covid world.

Shakib, one of the game's most experienced exponents, is hesitant about how cricket will be played in this new era even though the ICC has set guidelines for cricket in the pandemic period

Countries like England and Sri Lanka have already planned return to training as the game's governing body released a string of protocols designed to minimise the risk of contracting Covid-19.

“Now we are hearing that it (Covid-19 virus) might spread around 12 feet, not just three or six. So does it mean the two batsmen can't meet at the end of the over? They will stand at their ends? Won't there be any crowd in the stadium? Will the wicketkeeper stand afar? What would happen to close-in fielders? These things require discussions,” said Shakib adding that he feels ICC is unlikely to let cricket resume without assessing the situation properly.

“I don't think they (ICC) will take a chance before they are very sure. Whatever it is, life comes first. I am sure they will think of safety first,” he concluded.