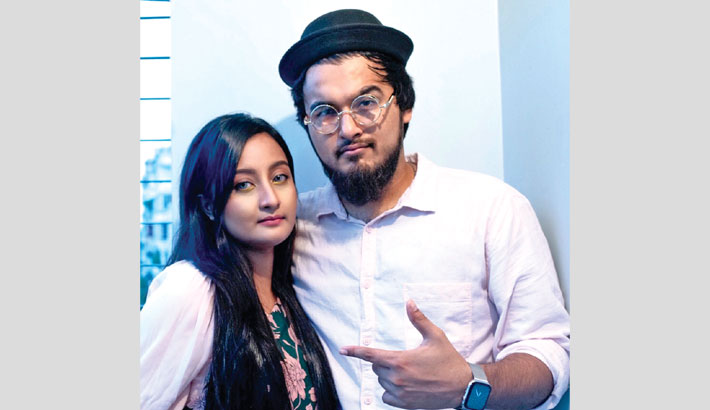 Mainul Ahsan Noble, who won the million of hearts with his fabulous performance in the music reality show ‘Sa Re Ga Ma Pa’ last year, is gearing up for his new original track titled ‘Tamasha’. The song will be released on June 7.

The audience will see his wife Salsabil Mahmud along with him as a model in the music video of the song.

Though, Noble tied the knot in a secret ceremony in November, the news has come out recently. The couple took part shooting of the music video at Noble’s Niketon residence in the capital on Thursday.

The song ‘Tamasha’ has been written and composed by Jihan while ‘Noble Man’ team has arranged the music of the track.

Nazmul Hassan made the music video of the song.

The official facebook page of Noble Man posted, ‘Tamasha’ will be released on 7 June.

Noble got popularity in the Indian reality show ‘Sa Re Ga Ma Pa’. Judges Santanu Moitra, Monali Thakur and Srikanta Acharjee heaped praise on the young singer for his voice and spectacular performance in the show.

Noble cemented his place in the competition with his very first performance during the audition and constantly received positive feedback from the judges. Noble was the second runner up of the show along with Pritam Roy.

He has also made his playback debut with director Srijit Mukherji’s ‘Vinci Da’.