The songs released on Eid 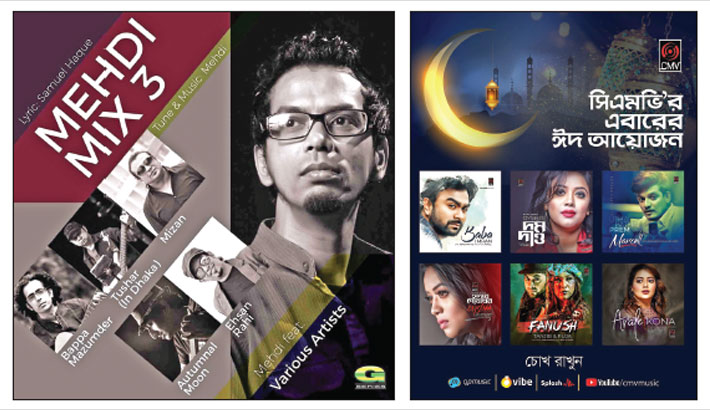 Every year numerous audio and video singles by renowned and promising artists are released during Eid festivals. This year the music arena is facing difficulties over the coronavirus situation. Despite the difficulties, artists and record labels have released singles and music albums on online platforms to entertain music lovers this Eid.

One of the leading record labels of the country G-series released Eid special album ‘Mehedi Mix 3’. Popular singers Bappa Mazumder, Ehsan Rahi, Autumnal Moon and others features in the album.

Lyrics of the album’s songs have been written by Samuel Haque while tune and music arranged by Mehedi. 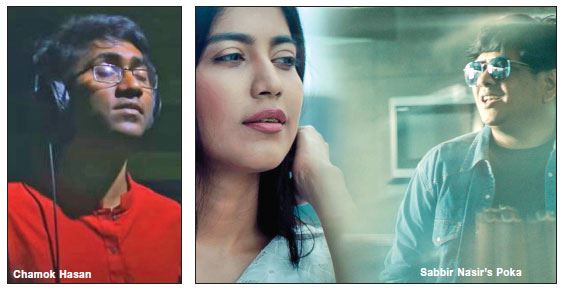 Officials of CMV said, the music video of playback singers Tanjib Sarowar and Puja’s ‘Fanush’ is the most expensive music video released on this Eid.

Prominent singer Sabbir Nasir has come up with a new song ‘Poka’ composed by Fuad Al Muqtadir on the occasion of Eid.

The song is penned by Sharmin Sultana Sumi while music video is directed by Tanim Rahman Angshu. Music video of the song has been published on YouTube channel of Gaanchill Music on Thursday.

This folk genre song has been published on YouTube channel of Bangladhol.

‘Firey Esho’, another new single sung by Borno Chakroborty. The song is available on YouTube channel of HUEZTV.