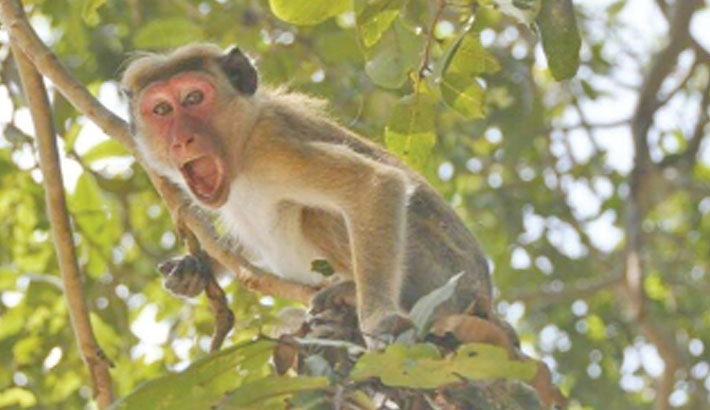 NEW DELHI: Monkeys mobbed an Indian health worker and made off with coronavirus test blood samples, spreading fears that the stealing simians could spread the pandemic in the local area, reports AFP.

Indian authorities often have to grapple with primates snatching food and even mobile phones. After making off with the three samples earlier this week in Meerut, near the capital New Delhi, the monkeys scampered up nearby trees and one then tried to chew its plunder. The sample boxes were later recovered and had not been damaged, Meerut Medical college superintendent Dheeraj Raj told AFP on Friday, after footage of the encounter went viral on social media.

“They were still intact and we don’t think there is any risk of contamination or spread,” Raj said.

He added that the three people whose samples were stolen were retested for the virus.

Coronavirus has been detected in animals, though there is no confirmation that the disease can then be passed on to humans.

India’s coronavirus death toll passed neighbouring China’s on Friday, with 175 new fatalities in 24 hours taking the total to 4,706, according to official data.