Mushfiq’s journey of agony and accomplishment 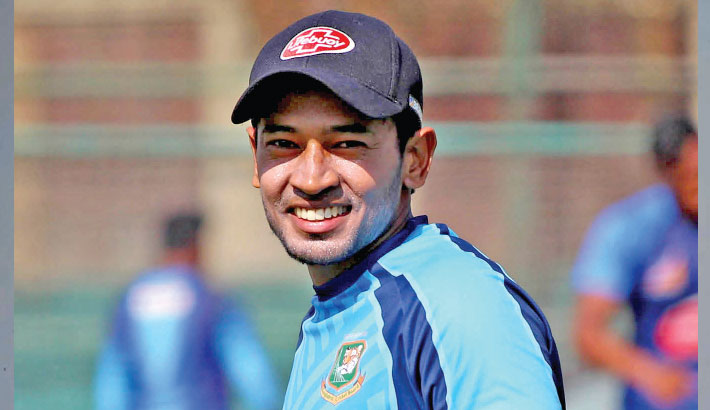 The right-handed batsman had ups and downs in his international career. He produced some superlative performances alongside the biting failure to take the team over the line despite coming very close on few occasions.

Mushfiqur made his international debut back in 2005 with a Test against England at Lord’s and took very little time to prove his mettle as he became an integral part of Tigers’ set-up across format.

“It was tremendous to play for the country for 15 years. It is obviously something to be proud of. I want to thank my family, teammates and coaches for this accomplishment as it would not have been possible without you all,” Mushfiqur told daily sun when his attention was drawn to this sensational journey of his.

“At the beginning of my career, I didn’t get much of a chance to bat at the top order. I was not provided the opportunity to bat not even at number 5 or 6. I had played at number 7 or 8, even at number 9. To consistently perform at that position was really difficult for me as a new player. It was not that I was unable to hit big or that I was 25-28 years of age. I performed consistently well at the top of the order for the Under-19 team and I had adapted myself to that role. However, coming into the national team, I had to bat in the late middle order or as a tail-ender which took me some adjusting,” he said.

“There’s a big difference between Under-19 or domestic cricket and international cricket. It took me a while to adapt to it. I just played as a wicketkeeper. I then realised the value I could add to the team with some runs and the security that would add to my spot in the side,” he said.

“Later on, obviously, the team management gave me chance to bat higher up. I think they also realised that if I have the chance to bat in the middle or top-order, then I can add more value. I think after a long time, this realisation came to me and that made me bring in changes to my gameplay. There are many shots that I practised and mastered. I worked actively on how to increase my strike-rate and average, add new shots and play low-risk cricket which will help me score freely under pressure. When I made my debut, there were so many senior players who were representing Bangladesh for so many years, replacing them and giving me a chance might have been difficult for the selectors. I took the challenge on myself to excel in whatever position I play, especially have the skill to play both pace and spin well, and that is how I tried to build myself,” he said.

“If I had a stable position a bit earlier in my career then it would have been a different case. I think it’s also about the adaptability because after the advent of T20, batting positions are rarely stable. You need to be flexible and I have tried to adopt that. At first, it was difficult for me but then I realised that this is a skill I had to master to serve the team well. For the team, even if I have to sacrifice my position, I will be more than happy,” he added.

As one of the top three Bangladeshi batsmen, Mushfiqur touched the rare milestone of scoring ten thousand international runs. He amassed 4413 runs in Test cricket and 6174 runs in ODIs at the average of 36.77 and 36.31 respectively. He smashed 14 centuries across format, with the best knock in Test scoring an unbeaten 219 and 144 in ODIs.

Mushfiqur added that he is not in a state to lead Tigers in future considering the way the way he was stripped off his duty as captain by the board while adding that he is still to figure out the reason behind the fallout between him and former head coach Chandika Hathurusingha.

“Captaincy is a huge honour. When I had the opportunity to represent the team, I thought that maybe I was the right person to get that job and took responsibility. I was honest and gave it my all. Nobody remains captain for their entire career but it didn’t end the way I wanted it to. I certainly did not get the respect I deserved,” said Mushfiqur.

“From that perspective, if I am ever asked to lead again I will personally think that I am not the right person. I didn’t get the farewell I expected. So going into the same place, taking on that same responsibility, I am not too eager to do that again so I am not the right person for that job. I think the present captains are right people across formats for Tigers and if they require any help, I will share my experience of 15 years with them. I think any young captain should be given a certain period of time,” he said adding that probably he had a communication gap with Chandika.

“Each coach is of a different type of personality. It’s just that he had a different way of thinking. He had succeeded with the creativity and the philosophy he had, no one can deny that. Obviously he also has to admit that when he came he had some players who had so much potential, like Tamim, Shakib and Mashrafe and me. He had come to coach during a time when five-six of the senior players were performing well and he got a team which he just had to groom. Previous coaches had invested a lot but didn’t get any results but he got the result after arriving. We probably failed to understand each other. To be honest, I can’t pinpoint any particular reason because I did not have any trouble or fight with him,” he said.

“It’s true that sometimes I took decisions which he didn’t approve and it happened the other way around also. But during his last tour to South Africa, he was completely different. He was less involved in the team meetings and practice sessions which we had not seen in the last three-four years. So it seemed different to me which affected the team as well. I was alone. I didn’t have any support at that time,” he said.

“When the team did well, the coach got the credit but if the team didn’t do well then I had to face the blame. So I became alone at that time. If he took the credit when the team were going great, he should also back the captain during bad times. So I think that I was very unlucky that I didn’t get any support from him at that time and it hampered the momentum,” he added. Mushfiqur added that he is disappointed when people raised question about his commitment after he decided not to travel to Pakistan for security reason.

“I feel very bad when someone questions my commitment. I can say with my hand on heart that not only as a cricketer but also as a human being I have never been dishonest nor have I ever cheated anyone. It’s even more embarrassing when people around you who have shared dressing room with you say it. I said it very clearly. I didn’t say at first that I wouldn’t go. If we were given instructions from the BCB that everyone should go then there would have been no question of not going. Since they had given us an option to decide if I want to go or not, it was a matter of personal choice. The second thing is the security (situation),” he said.

“I still couldn’t forget what I faced in New Zealand (Mosque Shootout).With all due respect, it isn’t like that if I don’t go, the Bangladesh team will lose all the matches or will never be able to play (well). Other senior players have backed out of tours many times. Why these types of questions didn’t come up then, why only in my case?” he asked adding that it was more disheartening to learn that he had to prove his mettle in domestic cricket to make a comeback despite serving the nation for 15 years.

“I found it ridiculous. There’s a proper way to do everything. They (selectors) could have called me and told me ‘Mushfiqur, we are worried about your fitness due to your BPL injury. So we are thinking if you could take a fitness test and also play in the four-day domestic matches.’ Rather than saying that, I have to prove my fitness, he could have said that I was playing in the longer version after a while and the practice would help. I would have understood,” he concluded.

After Mashrafe Mortaza and Shakib Al Hasan, Mushfiqur Rahim is set to engage himself in humanitarian causes by establishing his own organisation, which he named as ‘MR-15 Foundation’.

Mushfiqur said that the  fans will select the logo of the foundation, adding that he has invited the fans to send the design (of the logo) and the top five designers will have a chance to take part in a dinner with him at a ‘five star’ hotel when the COVID-19 pandemic wanes.