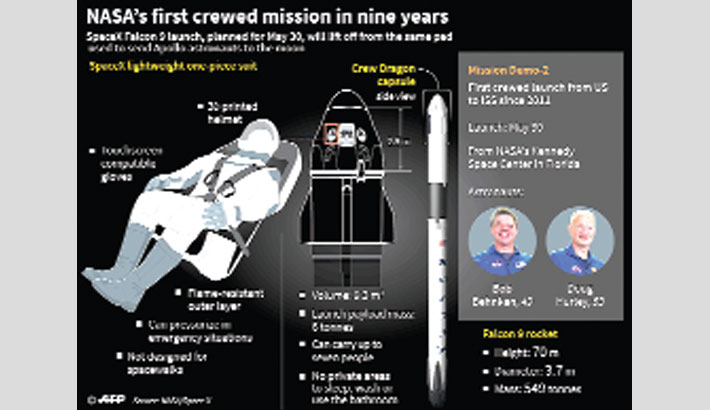 After a day of suspense, SpaceX's landmark launch to the International Space Station -- the first crewed mission to blast off from US soil in almost a decade -- was scrubbed Wednesday due to fears of a lightning strike, reports AFP.

With NASA astronauts Bob Behnken and Doug Hurley strapped into the Crew Dragon capsule, the launch pad platform retracted and rocket fueling underway, SpaceX made the call to abort. "Unfortunately, we are not going to launch today," launch director Mike Taylor said, with about 17 minutes to go until takeoff. "We had just simply too much electricity in the atmosphere," NASA chief Jim Bridenstine said later.