Harsh Vardhan takes charge as WHO Executive Board chair 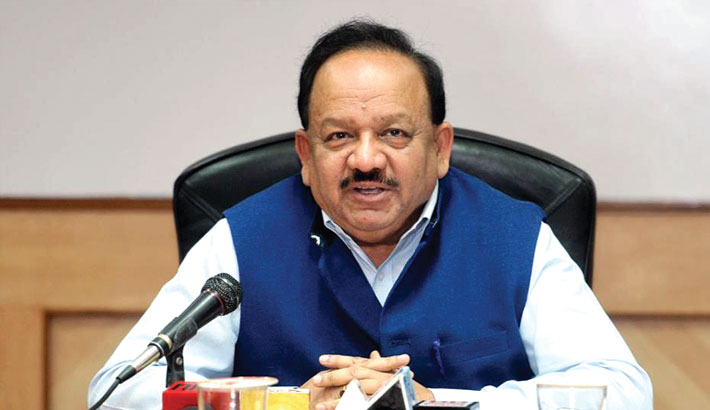 New Delhi: India would now be playing a more prominent role at the World Health Organisation (WHO), with Union Health Minister Dr Harsh Vardhan set to take charge as chairman of the WHO Executive Board at its 147th session, reports The Indian Express.

Vardhan would succeed Dr Hiroki Nakatani of Japan, currently the Chairman of the 34-member WHO Executive Board. The WHO, a specialised agency of the United Nations responsible for international public health, is currently at the forefront of global efforts towards containing the novel coronavirus pandemic.

India is a member state of the South East Asia Region at the WHO. Last year, the bloc had unanimously decided that India’s nominee would be elected to the executive board for a three-year term beginning May.

The WHO is governed by two decision-making bodies — the World Health Assembly and the Executive Board. The agency’s headquarters are located at Geneva in Switzerland. According to the WHO website, the Board is composed of 34 members technically qualified in the field of health, with members being elected for three-year terms. The Health Assembly is the WHO’s decision-making body, and consists of 194 Member States.

The Board chairman’s post is held by rotation for one year by each of the WHO’s six regional groups: African Region, Region of the Americas, South-East Asia Region, European Region, Eastern Mediterranean Region, and Western Pacific Region.