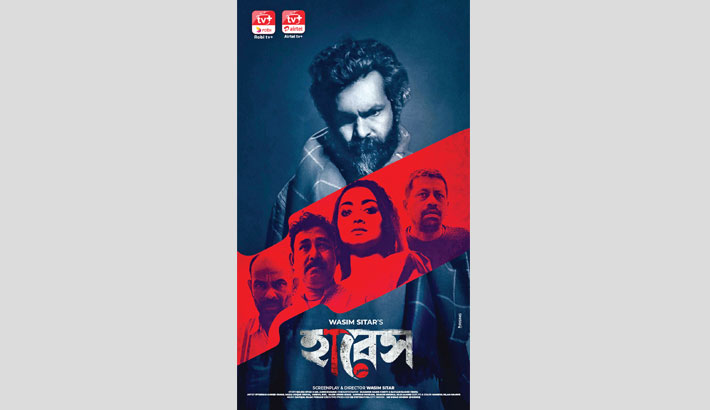 Director-actor Iftekhar Ahmed Fahmi and Nazia Haque Orsha starrer six-episode web series ‘Hares’ has been released on Robi TV Plus and Airtel TV Plus as one of Eid exclusive production on Friday.

Written and directed by Wasim Sitar, ‘Hares’ is a psycho-thriller tale of a man named Hares who get back in own village after five years from prison. He was accused to murder of his wife but now Hares struggling to find out the real murderer is the line of the story of this web series.

Wasim Sitar has grabbed the audience attention for his strong acting in surfing film ‘No Dorai’. But he is more comfortable on directing and debut in 2014. Some of his notable work as director are- Unmarried, Selfiebazz, Media Gossip, I Am Sorry, A Beautiful Day, Rolling in The Deep, The Destination Wedding, Ekti Fuler Golpo, Mr. & Mrs. Patwary (Web Series).