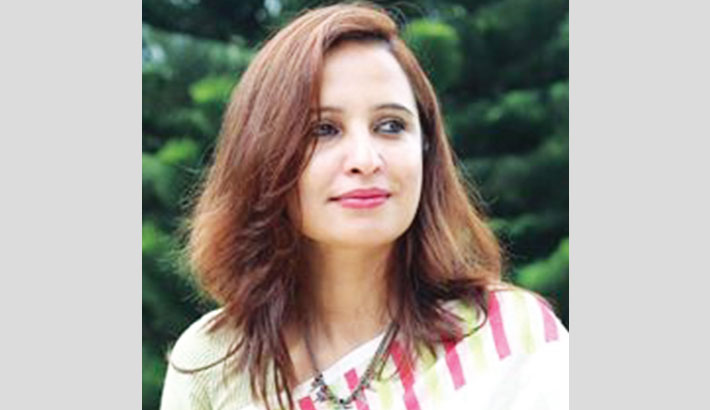 The Corona pandemic is a universal crisis now, which inevitably requires out of the box measures and policies to survive and save lives. All over the world governments have imposed lock down and many more restrictive measures that constrict basic freedoms, including freedom of religion. In countries which adheres religious liberty, except for the right to profess, the right to practice and propagate religion are being impacted by the pandemic regulations and directives. Bangladesh is no exception.

The first issue of coronavirus was identified in Bangladesh in early March 2020 and on April 6th, the Ministry of Religious Affairs directed the Muslims to avoid mosques and offer prayers at home. The Imam, Khatib, Muyazzin and other staff, not more than five persons were permitted to offer prayers at mosques. It also restricted religious gatherings like Waz, Milad, Tafsir Mahfil and Tabligh Jamaat to prevent the transmission of the virus in the early stages of pandemic. People of other religions were also urged to offer prayers at home instead of gathering at religious institutions. On April 23rd, the Ministry decided that during the holy month of Ramadan only 10 Muslim devotees and two imams would be allowed to offer prayers (Taraweeh). Therefore, the Muslims observed Ramadan quite unusually and the Buddhists celebrated their biggest religious festival Buddha Purnima quietly.

Consequently on May 6th the Government of Bangladesh decided to reopen mosques across the country to offer prayers including Taraweeh and since May 8th shopping malls were set to open limitedly to allow people to do their Eid shopping. In the order of early May the Government mentioned that, in the case of prayers in mosques, people have to maintain social distancing of at least 3-feet and ensure that they perform their wudu from their homes, wear a mask and use hand sanitizers before entering the mosque. The Government on May 14th vide a directive urged the Muslim followers to avoid congregations in open places during the upcoming Muslim religious festival, Eid. Rather suggested to offer prayers at mosques while maintaining recommended health advice. The Ministry also requested all religious committees to implement the directive and warned that the Government would take legal action for any violation of the directive.

Clearly the Government of Bangladesh has announced such directives taking into account both the need of religious practices and the impact of deadly corona virus pandemic which has taken thousands of lives across the globe.

However, the decisions of the Government pertaining religious practices raised concern among the religious supporters as well as the critics. This leads to two burning questions- first, can the Government curb down religious practices of Muslims during corona pandemic? And, secondly is it justified to keep the religious institutions open for religious practices during pandemic? To get clear understanding of these questions it is worth to evaluate two recent judgments of the German Federal Constitutional Court on the issue of public health and religious freedom along with Article 41 of the Constitution of the People’s Republic of Bangladesh. The German Court on 10th April 2020, rejected a petition demanding injunction against a state regulation that banned gatherings in churches, mosques, synagogues and other religious denominations. The Court observed that   the regulation constituted a serious violation of religious liberty, but ruled that even such an infringement was justified by the vital need to restrict the virus in the early stages of the pandemic. However, in another judgment (29th April 2020), the German Court ruled that, in the current stage of the Corona crisis, religious gatherings could no longer be categorically banned. In this case a Muslim Association sought exceptional permission for its 1,300 members to gather in Mosques for Friday prayers during Ramadan, pointing out that the relevant regulations already allowed shops and stores to reopen. The Court observed that though the risk of infection can be higher in religious gatherings than in shops, under the present circumstances a complete ban on religious practices was excessive. The Court ruled that the authorities can allow for individual exceptions but such permission has to be qualified by mandating health precautions, face masks, physical-distancing measures, etc. The Court found that prohibiting Friday prayer without exception during Ramadan would tantamount to a serious violation of freedom of religion, which is protected by fundamental rights. According to Justin Collings in this case the Court acknowledged the need for emergency measures but insisted that those measures be temporary and proportional.

Needless to say Article 18 of the International Covenant on Civil and Political Rights (ICCPR) guarantees religious liberty, but this right can be restricted in certain situation. Article 18 mandates governments to restrict religious liberty by law when necessary to protect the legitimate interest of the states, including public health. Though freedom of religion is not an absolute right, it cannot be limited disproportionately. This right is subject to fewer restrictions than other rights, i.e. the manifestations of religious liberty can be restricted, not the right to profess. Nadine Maenza, vice chairwoman of the U.S. Commission on International Religious Freedom opined that- “people globally have a right to the freedom of religion or belief. That can’t be derogated during public emergencies or even war”. Experts opine that unlike other rights, freedom of religion cannot be derogated in times of emergency, therefore, the governments across the globe are required to balance this fundamental right with public health concerns while combating corona pandemic.

Article 41 of the Constitution of the People’s Republic of Bangladesh confers the right to freedom of religion as - (1) subject to law, public order and morality-(a) every citizen has the right to profess, practice or propagate any religion; (b) every religious community or denomination has the right to establish, maintain and manage its religious institutions; (2) no person attending any educational institution shall be required to receive   religious instruction, or to take part in or to attend any religious ceremony or worship, if that instruction, ceremony or worship relates to a religion other than his own.

In Article 41 religion includes any form of belief in the existence of superior beings who govern humans in the present life as well as provide rewards and punishments in the life hereafter. Every citizen irrespective of any religion is free to practise, profess and propagate his religion and this liberty enunciated in Article 41 is individual freedom. Also under this Article every religious community or denomination has the right to establish, maintain and manage its religious institutions. However these rights are not absolute, they can be restricted taking into account law, public order and morality.

In Bangladesh nearly 90 per cent of the entire population adheres to Islam. The other religious faith based communities include Hindus, Buddhists, Christians and very small group of Ahamedias, Shias, Bahais and Animists. Freedom to practice or manifest religion is important for a pluralistic society like Bangladesh, as religion determines the way of life of the people of different communities. Nonetheless, the risk associated with manifestation of religious practices during this corona virus pandemic is a reality which is not limited only to the believers who willingly joins religious gatherings. Therefore, a middle path or a balance was needed to ease restrictions on religious liberty and health risk considerations. Furthermore, freedom of religion should not be taken as an excuse to disregard the Government’s initiatives or other lives. In the same way health risk considerations cannot be the justifiable ground to withhold freedom of religion disproportionately. Most importantly all religious supporters must come forward to co-operate the Government to curb this pandemic and take necessary health precautions in religious practices to save themselves and more importantly save others from corona virus.