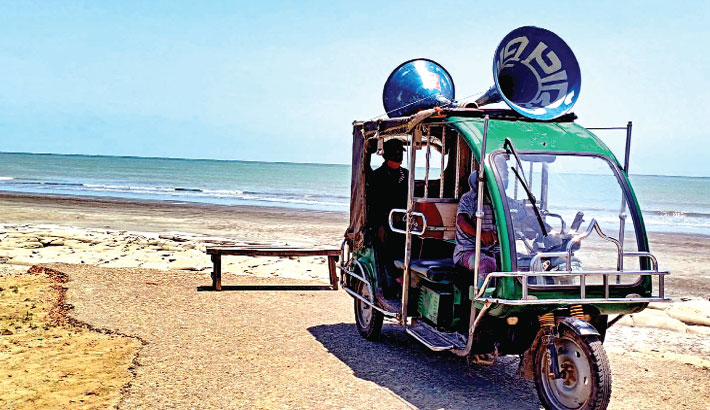 KHULNA: The country’s coastal districts have taken all-out preparations to cope with any possible situation that might arise due to advancing cyclonic storm ‘Amphan’.

The meetings decided to keep standby medical teams with adequate relief materials, including drinking water and dry foods, by strictly maintain social distancing in all shelter centres during pre and after post the cyclone. It was told in the meeting that steps have been taken so that people and their livestock near coastal areas can safely rush to the cyclone in the coastal areas of the districts, reports BSS.

In Khulna, a total of 608 cyclone shelter centres have been opened in all coastal upazilas of the district and over 2.40 lakh people will be evacuated there.

District Relief and Disaster Management Officer Md. Azizul Islam Zowardar said around 2,460 volunteers including members of Red Crescent Society and 116 medical teams with health workers have already been prepared to cope with the upcoming disasters, adding, “Announcement through loud speakers about the cyclone began Monday morning in all coastal areas and it will be continued until further notice.”

In Satkhira, a total of 147 cyclone shelter centres including 1,796 primary schools, college and madrasa have been prepared in all coastal upazilas of the district for evacuation.

Besides, safe drinking water and dry food have been sent and 250 metric tonnes rice and Taka 12 lakh in cash are ready for distribution in costal upazilas in the district.

In Bagerhat, a total of 845 cyclone shelter centres have been prepared, around 11,708 volunteers including members of Red Crescent Society, 84 medical teams with health workers have already been prepared to cope with the upcoming disasters.

In Barguna, a total of 609 cyclone shelter centres have been prepared, 200 tonnes rice and Taka 25 lakh is ready for distribution and over 80 thousand people will be evacuated.

The concerned authorities and agencies have separately opened several control rooms to monitor the pre and post cyclonic situation in all coastal districts.