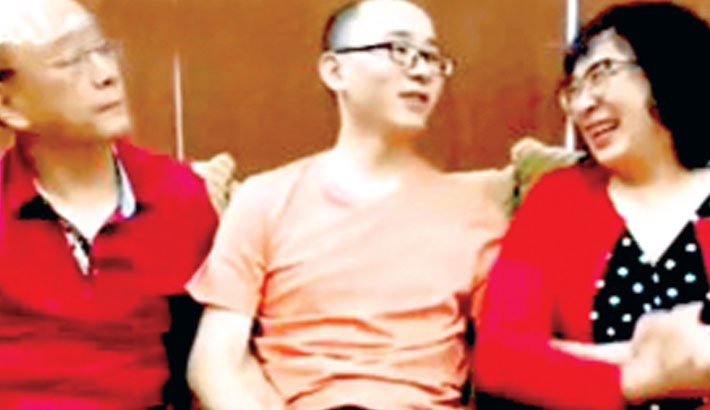 A Chinese couple whose son was abducted in a hotel in 1988 have been reunited with him after 32 years, reports BBC.

Mao Yin was snatched aged two, while his father stopped to get him some water on the way home from nursery.

His parents searched the country for him and his mother distributed more than 100,000 flyers. The family were reunited at a police news conference on Monday, and the son - now aged 34 - said he planned to spend time with his parents. "I would like to thank the tens of thousands of people who helped us," said Li Jingzhi, the boy's mother.

What happened to Mao Yin?

He was born on 23 February, 1986. In an interview with the South China Morning Post in January - before he was found - his mother called him a "very clever, cute, and healthy" baby. On 17 October 1988, his father, Mao Zhenjing, was bringing him home from nursery in the city of Xian in Shaanxi province.

The boy asked for a drink of water, so they stopped in the entrance of a hotel. As the father cooled down some hot water, he looked away briefly, and the boy was taken.

The family searched in and around Xian, putting up posters. At one point, they thought they had found him, but it was a false dawn.