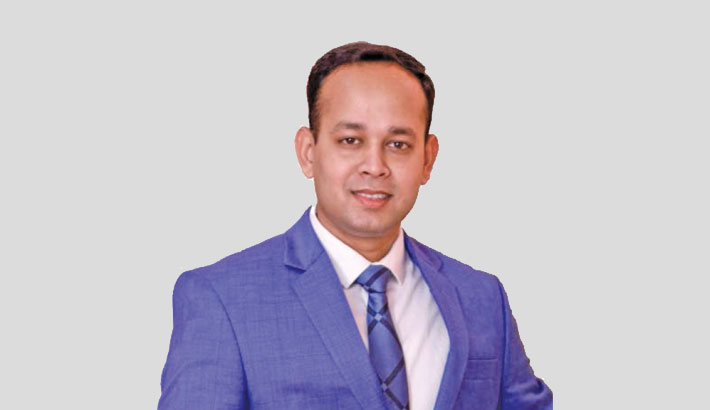 The Bangladesh government enforced a nationwide lockdown on March 26 in an effort to prevent the spread of COVID-19. Despite the shutdown, the number of cases has risen sharply in recent days in the daily death toll and new infections hit a record on every new day. Months long lockdown, active patrolling of integrated government teams, evening movement restriction could temporarily tackle the devastating effect but couldn’t put a full stop in pandemic. However, the camp of the Forcibly Displaced Myanmar Nationals (FDMN) (mostly known as Rohingya) had been one of the prime concerns to the government as well as to the aid agencies.

To prevent a break, Bangladesh has largely sealed off the Kutupalong refugee camp in Cox's Bazar since early April. People are allowed to move in and out of the camp only in case of extreme emergency. Roadblocks were established by Army and Police covering the routes to and from the camp, additionally patrols were vigilant to enforce the restrictions on public movement.

A few days ago, a refugee residing in the camp became sick. He went to the nearest health centre, where a doctor suspected it as a case of COVID-19 because of his symptoms. A test was conducted, and the samples were sent to a laboratory. Subsequently the case was declared positive on14th May. Total four Rohingya is affected by COVID-19 as on 17 May 2020.But this small numerical number has put nearly 1.5 million Rohingya and asylum-seekers in the camp and over 500000 residents (Host Community) living in the immediate vicinity of the overcrowded camp under the threat of being infected with the virus.

The conditions in the camps, including overcrowding, limited sanitation facilities and an overburdened health system, have made the COVID-19 preparedness and response plan uniquely complex. An inability to fully meet basic needs, low levels of nutrition and limited access to health care may have had a damaging impact on the immunity levels of Rohingya refugees, making them more vulnerable to the virus. After the first COVID-19 case was detected in the Kutupalong Rohingya refugee camp in Bangladesh, aid agencies warned that without additional resources, there would be a public health catastrophe. As on today, it was known from various sources that, one of the health care centres inside the camp has prepared itself with 10 ventilators which is a scrawny number in terms of the total population.

As many asapproximately100,000 people are jammed within each square kilometre, with families of up to a dozen sharing small shelters. Hygiene is at its worst to be described. Here in Rohingya Camp, all must forget about social distancing. Nevertheless, a few suggestions the writer deemed it to be necessary for the present perspective to minimise the effect of catastrophe are appended as under:

• All aid agencies should make an ‘Emergency Preparedness Plan' combining all its efforts and preparation. ISCG (Inter-Sectoral Coordination Group) might take the lead on it.

• All government agencies – Bangladesh Army, RRRC, District Administration, Police, RAB, BGB and others should have their plan put in a common platform and minimize the resource constraints.

• Aid agencies must import Test Kits immediately to confront and confirm the identification.

• Being the most trusted organisation of our country, Bangladesh Army should be given with the full authority and delegation of power to control any movement, activities, facility improvement, collaboration and implementation of the plan.

• A separate hotline may be introduced and manned 24/7 to collect information and provide emergency medical attention.

• For 23 Camps, separate 23 CCP (Casualty Collection Point) should be operational to make the patient collection simpler even at night

• Few medical facilities to be earmarked only for COVID-19, inside or nearby each camp

• All local institutions e.g. school, college, madrasa, cyclone centres, or any other institutions which are shut down due to the pandemic, may be selected as Quarantine Centre.

There is no win-win situation! If the aid agencies and the government do not work in collaboration, the uncounted death toll will be remembered throughout the history. However, social awareness might play a vital role in this aspect. It’s never too late to make aware those people who still couldn't escape from the trauma, the massacre they faced from their military junta. Only execution of a well thought, integrated and viable plan can save hundreds of thousands of lives. FDMN Camp - world's largest refugee settlement in Cox's Bazar, we are looking at the very real threat that thousands of people may die from Covid-19 unless we do care for it right now! Right on toady!

The writer is a Regional DSO

International, and can be reached at:[email protected]