The independence of Bangladesh was the outcome of nine month-long war by the Bengalis against the Pakistani occupation army. The   period was marked by series of atrocities committed by the Pakistani government troops on the unarmed civilians. Most of these massacres did not get recorded in history, not even in the state-published documents. One such worst massacre was carried out by the Pakistani army on May 20, 1971 in Chuknagar of south-western Khulna.

Since the beginning of the Corona war, Bangladesh had to suspend many of its national events which were so dear to its national pride. It had to suspend the birth centenary celebrations of the country’s founding father Bangabandhu Sheikh Mujibur Rahman, 49th Independence Day and many other landmark occasions including the Genocide Day of March 25 to pay homage to 3 million people who lost their lives in the hands of marauding Pakistani military in 1971.

This piece is, therefore, a humble effort to remember a particular event of human tragedy, perhaps the most gruesome barbarity that the marauding Pakistani army committed upon civilian population on the soul of Bangladesh.

The genocide inflicted on  Bengalis by the Pakistan army had begun  with the infamous ‘Operation Searchlight’, when some  18,000  troops  aided by tanks, jet fighters, combat helicopters and  several thousand  paramilitary forces swapped on  Dhaka on the night of March 25, 1971.  It began with a clear genocidal intent: to silence the Bengali nationalist leaders including the key figure Bangabandhu Sheikh Mujibur Rahman whose Awami League party won Pakistan’s   first-ever general elections held in December 1970, and to demolish the quest for justice and democracy aspired by Bengali nation. 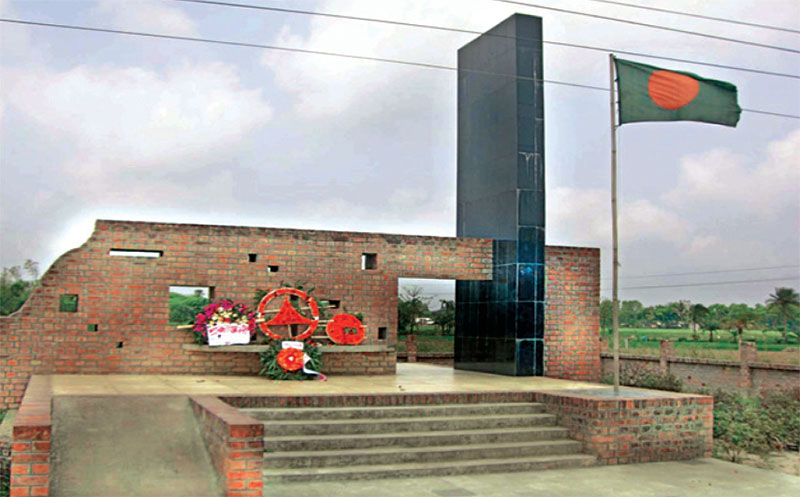 However, the March 25 military operation was just the beginning of a prolonged brutality that the army of Pakistan continued for long nine months, paving the way for one of the   most brutal massacres in human history following the World War II.

The intent of genocide was clear. “Kill three million of them, and the rest will eat out of our hands”, said Gen Yahia Khan a military assembly, while Gen Tikka Khan, then the Chief of Pakistan army in the East Pakistan, saying “I want the land and not the people.”

The full dressed military aggression never ended until the Pakistan Eastern Command was made paralysed by the Bengali Freedom Fighters who procured arms and ammunition from friendly India, and finally succumbed with the unconditional surrender of 93,000 strong military, to the Joint Bangladesh-India Military Command on December 16, 1971.

That the massacre was carried under a blue print can be traced from several testimonies of Pakistani generals and other rank officers including General AAK Niazi, who succeeded Gen  Tikka, ‘the Butcher’ as the chief  of  Pakistan’s eastern command.

The massacre of unarmed civilians by the Pakistani army and their local cohorts across Bangladesh in 1971 is a tragedy that the Bengalis will never forget. Even as Bangladesh prepares for grand celebrations of its 50th independence anniversary in 2021, there are more than five thousands killing fields and scores of torture cells which still bear the testimony of the brutality.

Not in Dhaka and other major cities and towns alone, the Pakistani army spread its brutal wings in the villages as quickly as they could.  Among the places where worst massacres took place, Chuknagar in Khulna’s Dhumuria upazila was one such area that saw an extreme brutality.  The Chuknagar massacre took place on May 20, 1971 when a Pakistan army contingent and their local cohorts – paramilitary razakars - unleashed an unbelievable terror. The majority victims    were men, women and children, all were unarmed civilians, waiting to cross over to India when hundreds of thousands of terrified people had already took refuge in the neighbouring Indian states to save their lives.

Close to the Indian border, Chuknagar was a       sleepy rural hamlet in southwestern Bangladesh where the people were already   fearing   imminent attack by the razakars, the outfit formed in aid of the military by one of the key Jamaat-e-Islami leaders Maulana Yusuf on May 5. The members of razakar often caught young people suspecting them t4o be the freedom fighters, picking up girls for rape, mostly from the Hindu families as part of their programme to terrorise people.  Besides they would set ablaze villages after villages to round up people and took them to their ‘concentration camps’ for tortures.

Amid the existing anxiety, the villagers of Dumuria and adjacent villages got perplexing news on May 15: that the military were approaching to their areas. This made them further terrified.  Within hours thousands of people left their homes to reach Chuknagar, Patkhola (now Jhautala) after crossing the Bhodra River. They thought to cross the international border using the Satkhira Road. But they were unfortunate as they received news that they might confront the troops on the road. So they had to wait, in thousands, finding no alternatives to move anywhere.

On 20 May, around 10:30, a contingent of Pakistani army   equipped with Light Machine guns, semiautomatic rifles and others weapons reached Chuknagar using trucks and jeeps. The detachment was not very large, but full of communal vengeance.  They first stopped at a place called Jhautala / Pathkhola. They were pretty convinced that the villagers were unarmed.  But the commanding officer of the troops, Brigadier Mohammad Hyat, ordered his troops to open fire.  They sprayed bullets on the Bengalis of all faiths in broad daylight from their light-machine guns and semi-automatic rifles killing thousands of them on the spots.  The indiscriminate firing continued till 3 pm.   There were least scopes for survival, no chances for the hapless crowd in thousands but to face bullets. While scores died on the spot, many jumped into the river in a futile attempt to flee the carnage. An estimated 8 to 10 thousands lost their lives:  the victims were the majority Hindus, many Muslims, hundreds of children and women, all hailed from Khulna, Bagerhat, Satkhira, Jessore and Gopalganj districts.

Some witnesses said the Pakistani soldiers ordered the remaining villagers to throw the dead bodies into the river without funeral. After the army left, the locals disposed of the bodies by throwing them into the river streams, scores were dumped underground.

Following Bangladesh’s independence, scores of journalists and research groups visited Chuknagar to gather details of the massacre – all harrowing tales of a cold blooded barbarity.  Accounts reveal that blood stream from the killing zones streamed into the Bhodra River, making it a   river of corpses. The soldiers bayoneted the people to death          as they ran out of bullets. They made   Chuknagar a valley of death.

During the nine-month war, the Pakistani military and their local collaborators killed 3 million people all over Bangladesh.  Besides, an estimated 3 lakh women became victims of systematic rape in the hands of the Pakistan army and their local cohorts. Thousands of houses were looted and burnt down, villages were devastated. More than 10 million people took refuge in neighbouring India to save their lives.  Like those of Chuknagar, Bangladesh has thousands of killing sites all over the country which stand witness to gruesome genocide that is considered one of the most violent crimes in  human history  following the  Holocaust of World War II.

But all the key perpetrators of the genocide, including the 195 targeted Pakistani war criminals, remained scot free.   Brigadier Mohammad Hayat, the leader of the murderous Pakistani contingent who ordered the Chuknagar massacre, was among the listed Pakistani war criminals that the Bangladesh wanted for trial. But it was not happened.   Pakistan continues to deny till this date that any genocide took place and has not apologized for the atrocities.

It is time that Pakistan shuns their barbaric ideology associated with extremism in the name of religion. It ought to have tendered an unconditional apology to Bangladesh – this is something that Bangladesh and its people have rightfully demanded for decades.

While Bangladesh  has conducted an exemplary War Crimes trial through its domestic laws  punishing collaborators of Pakistani  genocidal army,  ‘Mujib Barsha’ this year and next year the 50th anniversary of the Liberation War, is the time to renew the call for trial of all those Pakistani war criminals   for committing  war crimes and crimes against humanity on unarmed civilians. This will help give due recognition to the victims of Chuknagar, and all those killed across Bangladesh more than four decades ago.

The author is a Liberation War veteran, researcher and writer. 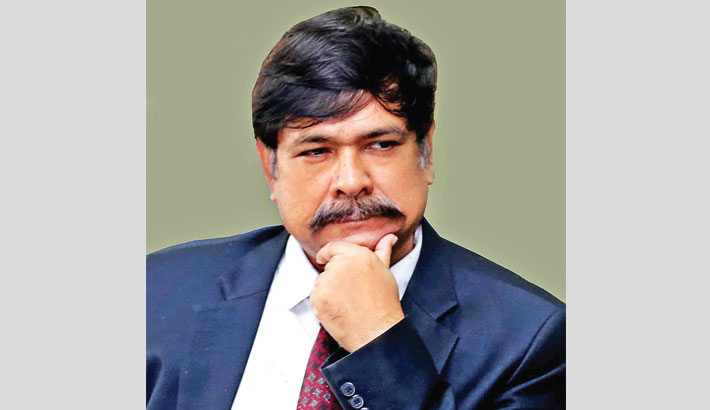 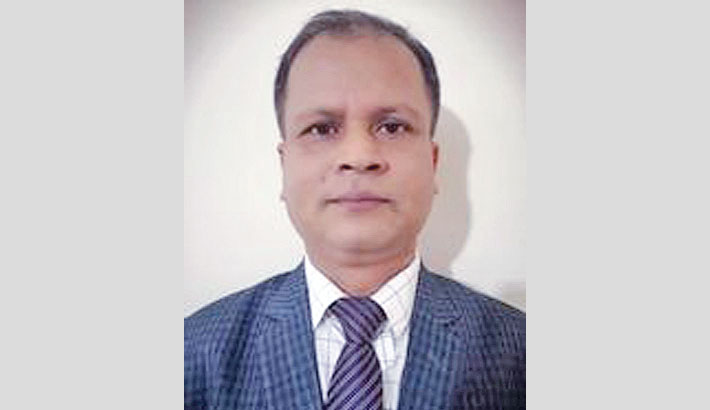 The wait is almost over!

Unskilled teachers - a torn in the flesh