Communication in the middle is key: Tamim 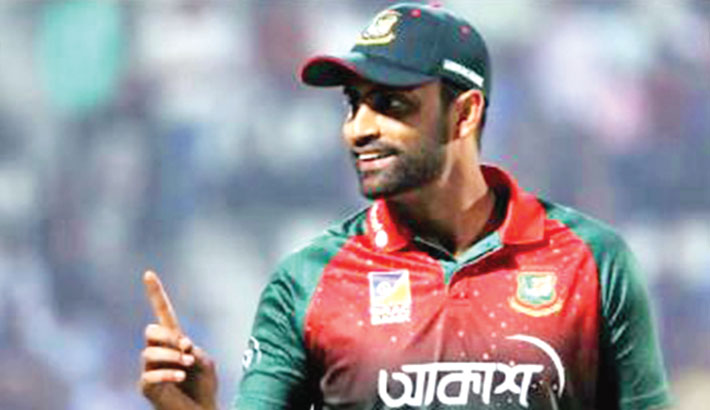 During the record-breaking partnership between Shakib Al Hasan and Mahmudullah Riyad that helped Bangladesh earn a huge win over New Zealand the batsmen were hardly spoken in the middle.

Bangladesh batsman Mahmudullah said that Shakib hardly spoke with him in the middle during their massive match-winning partnership against New Zealand in the Champions Trophy.

Bangladesh beat New Zealand in a big upset in Cardiff to remain in contention for the semi-final spot of Champions Trophy 2017.

Chasing a target of 266 to stay alive, Bangladesh looked down and out at 33 for four before a record stand of 224 by Shakib Al Hasan and Mahmudullah took them over the line with 16 balls remaining. Mahmudullah scored his third century in the ICC tournaments while Shakib was adjudged Man of the Match for his 115-ball 114.

“We haven't talked a bit before the hundred run partnership. Shakib bat-like himself, just we come in the middle tap and go for bat again. Didn't have any conversation at that time,” said Mahmudullah during an Instagram live with Tamim Iqbal.

“After the hundred run partnership I started to talk now we have the opportunity we can't miss it. Then Shakib and started to talk and play the match. But I think most of the time when I and Shakib play we don't talk much because I think we can understand each other's body language pretty well,” he said.

However, Bangladesh ODI skipper Tamim Iqbal does not follow the same philosophy like Shakib when it comes to batting in the middle.

Tamim said that he always follows the mantra what the former Sri Lanka skipper Tillakaratne Dilshan gave him which is to communicate with the non-striker in the match as the non-striker knows the game very well than the striker.

Tamim believes that communication between the players can ease many pressures among them.

In Tamim’s Facebook live session where the veteran opener brought his teammate Mominul Haque, Soumya Sarkar, Liton Das and Taijul Islam- Bangladesh batsman Liton Das described how he was able to score 94 from 182 in the second innings against Sri Lanka in 2018, Zahur Ahmed Chowdhury Stadium in Chattogram.

Liton said that how Mominul who also made history in that match becoming the first Test player of Bangladesh by scoring two centuries in two innings, helped him to understand the situation of the match by communicating with him after every single delivery in that match.

Mominul, however, revealed that he got these communication skills from Tamim, and asked the veteran opener about it so that others also know the benefit of this as well.

“So a lot of things in mind will be changed if you heard clearly the advice you get from the non-striker. Like, you are batting and you are thinking that this bowl can be a bouncer you stand back footed and then the non-striker comes to you and say that clean your mind and just do normal batting, then you become refresh again. So it's very important to talk while batting. I try to follow this so much,” he added.

However, Tamim also feels that in the 2019 World Cup he faced a lot of problems due to the lack of communication with his partner. Not unveiling the reason the ODI skipper just said that he just wants his partner to speak with him to ease the pressure in the match.

“Truly speaking I faced a problem during this 2019 World Cup, even I told Soumya about it. Whatever the reason was, I wanted my partner to speak with me. Because I was going through under pressure. I wasn't able to think so much. We were not able to do this thing very well in this World Cup. But now Liton, he wasn't used to talking so much before but now he does. Soumya always tries to talk with me. Even with Mominul it happens in Test always. It is actually doesn't depend on who is senior or junior communicating is very important,” Tamim concluded.