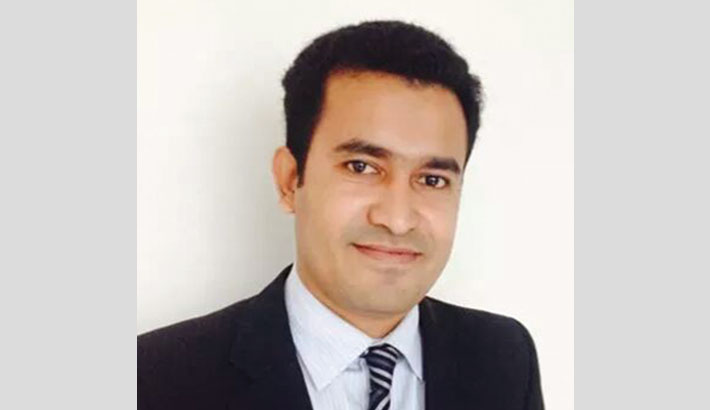 The judiciary has taken a giant leap by deciding to open virtual courts across the country to hear urgent cases during corona pandemic. The right to protection of law and access to justice are fundamental rights which are enshrined in the Constitution of Bangladesh. However, the Covid-19 pandemic has, in effect, suspended the execution of these fundamental rights. Since March 26, all courts except Judicial Magistracy for emergency work have been adjourned for long time.

Honourable Chief Justice on April 26 at a full court meeting with the judges of the Supreme Court decided to request the government to take necessary steps to issue an ordinance so that the cases can be heard and disposed of through virtual court proceedings. Subsequently with cordial response, the cabinet on May 5 approved an ordinance allowing the courts to do so. The Law Ministry on May 9 published the gazette notification of the ordinance titled “The Usage of Information and Technology in Court Ordinance-2020” following approval from the President.

This ordinance includes 5 sections. According to section 3 of the ordinance, “any court can serve orders, judgments, holds trial, inquiry, appellate hearings, arguments, evidence placement after ensuring virtual presence of justice seeking groups or their lawyers and eyewitnesses through audio, video or any electronic medium.” Section 5 of this Ordinance is very effective and empowers the Supreme Court to issue practice direction (special or general) from time to time to make this law effective for ends of justice.

According to Article 107 of the Constitution, the Supreme Court can issue rule and guidelines to subordinate courts. Moreover, Article 111 of the Constitution declares about the legal enforceability of the decision of the Supreme Court upon subordinate courts. However, the rules of the High Court Division still need to be amended to set up a virtual court. A five-member committee, headed by senior justice of High Court Division Farah Mahbub, has already been formed by Honourable Chief Justice in this regard.

In Bangladesh, there are huge backlog of cases in higher as well as subordinate judiciary due to lack of facilities, court rooms, sufficient Judges and Magistrates and albeit of digitalization of the judiciary. Though we have no preparation to adopt virtual courts as well as e-Judiciary, This Ordinance will certainly introduce a new era and revolution to achieve the goals of e-Judiciary.

For last one decade, this constitutional commitment is reflected through different activities of Bangladesh Govt. in order to overcome the challenges to ensure justice for mass people; one of these significant initiatives is to take e-judiciary project for Bangladesh Judiciary. [Shaikh Md Mujahid Ul Islam: 2019]. UNDP has been working for e-Judiciary in Bangladesh for last few years. Through the Judicial Strengthening (JUST) Project, UNDP has provided technical and financial support to the Supreme Court aiming at e-Judiciary [UNDP Report: 2015].

In the budget speech of the year 2019-20, the Finance Minister stated that “Steps have been taken to bring all courts of the country within the ICT network through e-judiciary process to accelerate the disposal of cases [The daily Star, June 13, 2019].” The Ministry of Law, Justice & Parliamentary Affairs has undertaken an e-judiciary project involving Tk 2,690 crore to introduce digital system in judiciary, automate administrative system and trial process, establish e-courts and increase ICT knowledge and efficiency of the judges, lawyers and officials concerned[The daily Star, September 7, 2019].

It is neither possible nor desirable to digitalize the whole judicial system overnight. The digitalization of judiciary can at best be divided into two parts: structural digitalization and systematic digitalization. To achieve the goals of e-Judiciary, there should be e-case filing system. Different countries like USA, UK, Singapore, India, Pakistan etc. have already started to use e-filing. Digital Case Management System (DCMS), an internal function of the court, helps to better use, manage, consolidate, share and protect the confidential data of the court record room. Use of mobile SMS service with update information can make the system viable and transparent to litigant people.

However, the scenario is very awful that the court buildings, record rooms and other mechanism of the judiciary have no mark of digitalization which will be a big challenge to continue virtual courts. Moreover, in subordinate judiciary, Assistant Judges and Senior Assistant Judges have no steno typist in the courts.

This Ordinance of the Usage of Information and Technology in Court 2020 is primarily a revolutionary step to cope with the essential demand of justice in the pandemic. The purpose of this law is to make judiciary capable to continue emergency response of people. Furthermore, the legal implication is very epoch making for turning our judiciary into digitalization. The authorities should take initiatives for necessary amendments, up-gradation and changes in the core laws such as the Code of Civil Procedure 1908, The Code of Criminal Procedure 1898, The Evidence Act 1972, The Information Technology Act 2006 and The Digital Security Act 2018. Our Law Commission proposed a draft law on the usage of information technology in the courts in 2019 and there were 22 sections dealing with a bundle of provisions.

In India, e-Judiciary has been effectively run from subordinate courts to Supreme Court. E-filing, admissibility of digital evidence, digital court system were introduced a few years ago. In corona crisis, the emergency courts have also been conducted across the country using digital technology. On April 23, 2020, our Supreme Court Special Committee for Judicial Reforms has taken decision about the use of audio and video conference facilities in the courts. Now UNDP has been providing training to our Judges and Magistrates to work in the virtual courts. The government agency A2i also has taken some practical initiatives introducing online training manual and publication for Judges and Advocates.

There will be some other challenges to work in the virtual courts.  Right to privacy and information confidentiality should get primacy. Another potential problem may be   absence of any special agreement with the software provider which will supply the video conferencing technology. The use of video and audio enabled hearings and conference have also risen about the admissibility and veracity of the evidence received through the video and audio transmissions, the identity of the witness and individuals subject of the hearings. The implementation issues have been extensive about poor quality of internet connection, poor and outdated the audio and video equipment, power cuts, and inability to establish connection at the required time.

The introducing of setting-up a virtual court is a timely response by the Supreme Court. The most important effect is to give shape to the concept of access to justice by making access to courts easier and more effective. In this way, the Judiciary will be corner stone to maintain rule of law and justice.

The writer is a member of Bangladesh Judicial Service & Senior Judicial Magistrate of Feni.