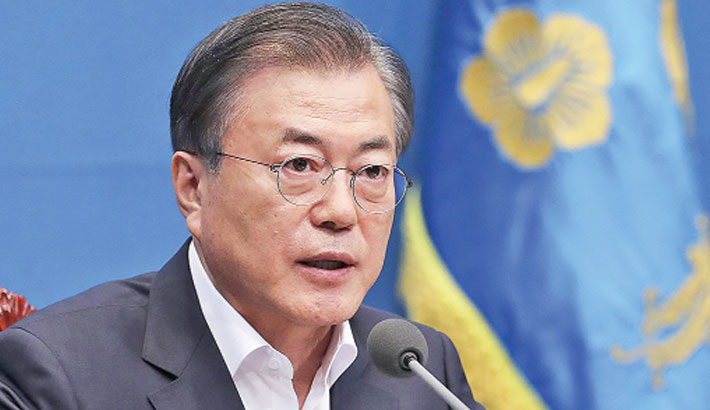 Official organisations point to around 160 dead over the next 10 days — including some soldiers and police — and more than 70 missing, but activists say up to three times as many may have been killed.

Those who died, Moon said, “believed that the survivors would manage to open up a better world. They were convinced that the defeat of that day would become the victory of tomorrow”.

The subsequent, successful struggle to establish democracy in South Korea had been in answer to “the call of the dead”, he added.

But Gwangju remains one of the most politicised historical events in a heavily polarised country.

Some conservatives in the South still condemn the uprising as a Communist-inspired rebellion, while the left-leaning Moon — who participated in other anti-dictatorship protests — has re-opened investigations into the military’s actions, including an alleged helicopter shooting incident.