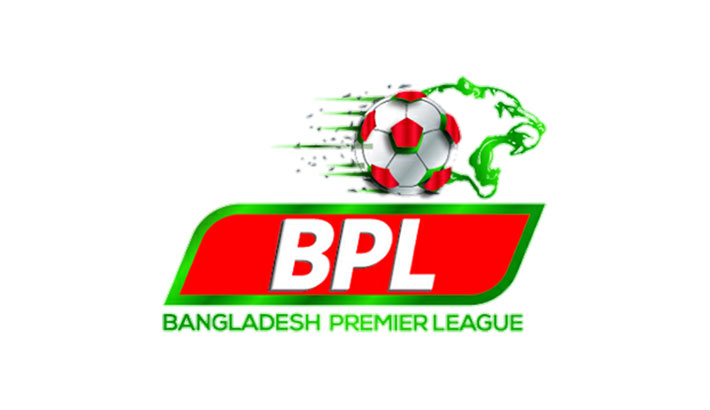 The decision was made on Monday in an emergency meeting of BFF Executive Committee, chaired by BFF President Kazi Salahuddin at BFF House in the capital.

The committee also canceled the promotion and relegation of the ongoing BPL. After the meeting, BFF senior vice-present Abdus Salam Murshedy told daily sun that the decision was made considering the overall situation.

“BFF Executive Committee announced the abandonment of ongoing season of Bangladesh Premier League (BPL) 2019–20 and Independence Cup 2020 in the day’s meeting. The pandemic coronavirus infection has been spreading. We have talked with the participating clubs for several times. They said that they are unable to continue participating in the league due to financial crisis amid the lockdown and demanded to cancel BPL. We made the decision considering the overall situation,” said Murshedy, also the chairman of Professional Football League Committee (PFLC).

BFF earlier halted all of international and domestic meets including BPL 2019-20, 3rd Women’s Football League (WFL), National School Football Championship and Independence Cup for indefinite period as the government banned public gatherings and enforced countrywide lockdown to slow the spread of coronavirus on March. BPL was suspended after six rounds while women’s league was suspended after six rounds. The executive committee has not taken any decision on the third edition of women’s league which has been taking place after a long 7-year-break since its second edition in 2013.

“There was only one agenda in the day’s meeting, the future of BPL and Independence Cup, we will take decision on women’s league and others competitions in our next EC meeting. But women’s league has almost come to an end; we may resume it after the situation becomes normal. We have also completed season’s curtain raiser Federation Cup 2019-20 on January this year. On the other hand, the last round (round 6) of BPL, which was going on before the lockdown, hadn’t finished. Some of clubs played five matches while some of them played six. So, we decided to cancel the promotion and relegation. As the league has been abandoned, so there will no championship or relegation,” BFF senior vice-president added.

BPL champions earn the right to play in the Asian club competition ‘AFC Cup’ every year. Bashundhara Kings, which emerged champions in the BPL 2018-19, have been taking part in the ongoing AFC Cup 2020 this year. Kings, which are playing for the first time in AFC, made a flying start in the continental soccer meet beating former Dhivehi (Maldives) Premier League Champions TC Sports Club by 5-1 goals in the Group E opener at Bangabandhu National Stadium on March 11. Due to pandemic COVID-19, AFC also suspended all its meets with no new date announced.

About AFC competitions, he said, “We have talked with AFC. They sent us a guideline. We have informed them the overall situation and our decision. Now, they need to decide who is going to represent Bangladesh in the next season of AFC Cup. We will wait for their decision.”

The next season of the league is expected to start on September-October. Due to financial crisis, most of the BPL clubs have been demanding to cancel the ongoing season since their last meeting of Professional Football League Committee held on last month. They also released overseas players, coaching staffs and offered pay cut to locals due to the same reason. The current situation will also affect their physical and mental health.

“We know the present condition of our participating clubs and their financial crises. We will hold a meeting with them regarding these issues after the situation becomes normal. The clubs suspended their camps and sent their players on leaves. But, we will talk with the clubs about players’ contracts. We can’t enforce any regulations or issue any directives regarding contracts. But, we will act as mediator between the two sides. We will help clubs to negotiate with their local players,” Murshedy further said.

“FIFA will pay an amount to us for the clubs, but we haven’t got that yet. I don’t know the exact amount of money. We will distribute the money among our clubs,” he concluded.

The local players, who have been urging to resume the league, felt that the abandonment of the leagues will affect their financial condition and performance level.

Defender of national team and BPL holders Kings Topu Barman said, “Now it’s a problem. It’s a big problem for players with no games for such long time.”

Another national team defender Raihan Hasan, who has been playing for Dhaka Abahani Ltd, said, “Nothing to say about the decision but the BFF should look at the financial matter of the players. The players, clubs and BFF can come to a common solution so that nobody gets affected. My proposal is to provide at least 50 percent of the contract money. Most of the players took advances, it can be adjusted. It would be good if the clubs renew contracts to keep players for next season.”