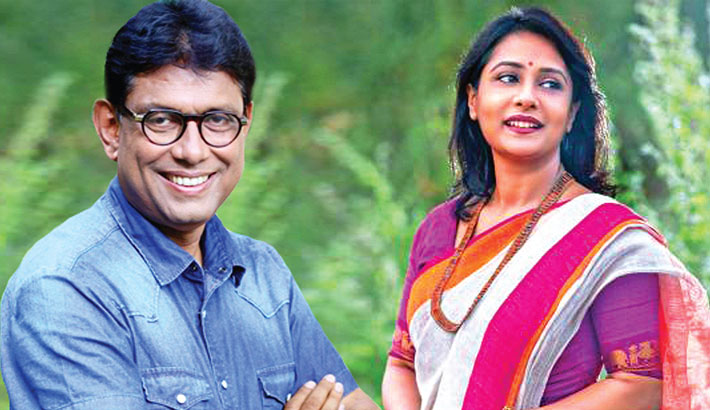 Popular actor-director Afzal Hossain and actress Aupee Karim have paired up for a drama serial titled ‘Rekha’. Written by Pantho Shahriar, director Arif Khan has made the serial for Channel i.

Every year channel i airs Afzal Hossain directed audience-admired television series ‘Choto Kaku’.  Due to coronavirus outbreak ‘Choto Kaku’ series will not be aired on the channel. Instead of ‘Choto Kaku’ Channel i will air the eight episode drama serial ‘Rekah’.

The serial will be aired at 06:30pm every day from Eid day to the eight day of Eid-ul-Fitr.

Afzal Hossain and Aupee Karim are two audience-admired small screen artistes of the country. They have appeared in a number of popular dramas.

Afzal Hossain, also a director, writer and painter, started his acting career in theatrical productions in the mid-1970s. Later, he was enlisted as an actor of BTV and acted in dramas produced by BTV. He also starred in three movies including box office hit Dui Jibon, Notun Bou and Palabi Kothay. Since 1984, he became busy with making TVC and has contributed a lot in this sector to develop in today’s level.

On the other hand, Syeda Tuhin Ara Karim known as Aupee Karim is a National Film Award-winning actress, model and dancer. Besides, she is a faculty member at School of Architecture of American International University Bangladesh.

Karim appeared as a judge on the reality television show Lux-Channel i Superstar throughout 2014.