Leadership that Gives the Nation Hope 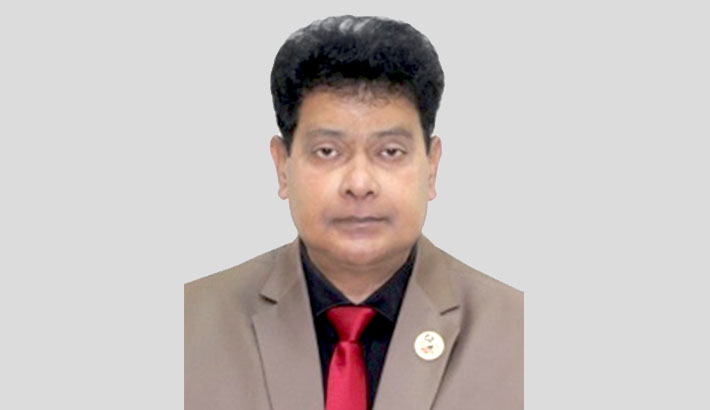 It’s not magical, nor something very astounding. Such is she. It is as though a very common feature of her leadership. In the face of the darkness unleashing disaster, her leadership cracks the lightning to cut through the darkness. It is she, the Awami League President and Prime Minister Sheikh Hasina, who appears as a dependable savior in the skirmish of a terrible turn of the nation’s fate. The people of this country generally have the opportunity to know her anew at the moment of appalling disaster. Three hundred and forty million eyes of hundred and seventy million people watch with awe how fearless she is. She is again the lighthouse of hope. Every disaster has witnessed how firm each of her steps taken against them is. She has assured hundreds of millions of people of safety in adversity. None comparable to her can be found in the country right now. Of course, the world media has been doing such analysis for a long time. That’s what the rating agencies have been saying for some time already.

No researcher can probably state with a certainty that the democratic politics in Bangladesh has always followed a straightforward route. After killing the father of the nation, Bangabandhu Sheikh Mujibur Rahmanon 15th August 1975, the military rulers adopted the style of those in earlier Pakistan to govern Bangladesh which had once been created in consequence of a great war of liberation. After the brutal killing of Bangabandhu, Ziaur Rahman, who had taken power illegally, wanted to convert Bangladesh into a country following the Pakistani ideal.

In the early eighties, Sheikh Hasina, the heir of the blood and politics of Bangabandhu, was elected president of Bangladesh Awami League through a national conference. On taking over the responsibility of the party Sheikh Hasina returned to the country ignoring the angry frowns of Zia's Military regime. That is, it is natural for her to steer the nation through during the time of disaster. Sheikh Hasina is the name of a dazzling flare that survived in the midst of fatal grenade charges. She has dedicated her life to the welfare of the poor working class people of Bengal. Her political philosophy means nothing but the wellbeing of the people. She is as determined to build the Sonar Bangla following Bangabandhu’s dreams as is she also a representative of a liberal democratic and non-communal secular Bangladesh molded in the freedom struggle. Sheikh Hasina's political motto is “improving the standard of people’s lives.” 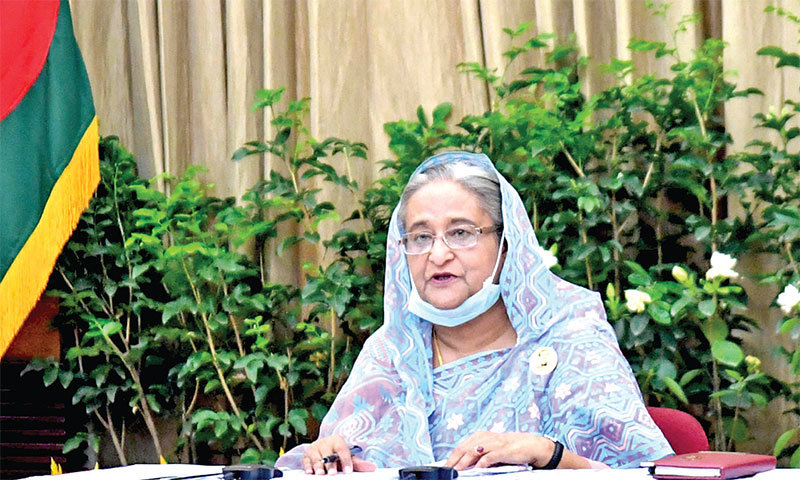 World Population Clock says that almost 8 billion people living in the world are now facing war conditions under which everyone is confused about their life and death. It is a war that has turned the most powerful countries of the world—engaged in ransacking the social systems of the whole world—having the latest military prowess like hundreds of thousands of nuclear bombs, fighter jets, submarines, and weapons of so many ranges, into hapless failure in front of these  invisible giants of micro-organisms. There are processions of corpses all around us. All the power of the so-called super powers is useless today.

When the coronavirus disease became increasingly fatal across the world, Prime Minister Sheikh Hasina took control of the pilot's seat in our country. She has taken the decision of a countrywide shutdown, announcing general holidays at all government offices, school-colleges, educational institutions except the offices under the health ministry. Besides, she initiated food aid for low income people, the deployment of armed forces alongside the civil administration to monitor the observance of hygiene and social distancing regulations, strengthening relief programs to ensure food assistance to the poor, the day-labouring people, increasing the number of tests for comprehensive corona detection, setting up dedicated corona hospitals and isolation centers. She is doing all these—alone. Of course she has a team. I’m talking about her loneliness because the role of the commander in chief in any war is the most crucial thing. That’s the rule. Earlier, the Prime Minister announced an incentive of Tk. 72,000 crore for the production industry. Later, that amount has been increased to around Tk.100 thousand crore.

While others have voluntarily secluded themselves in personal hide-outs, she has kept her office open. A self-appointed sleepless Sheikh Hasina has been continuing the task of coordinating the rampage of activities for fighting corona. People of the country are much relieved to see her doing frequent video conferences with government officials and thus giving them proper instructions. Similar conferences with the Asian leadership are also going on with a view to protecting the people of South Asia by subjugating the covid-19.

There is no way to count how many hundreds of people the USA and the UK have killed collaboratively in Iraq, Syria, Palestine, and Vietnam. Those mighty ones are biting dust in dealing with corona virus. British Prime Minister Boris Johnson had to take resort of ventilation in the ICU of the hospital when he was infected with corona. Fortunately, he survived this time. We learn from the media that a huge number of dead bodies have been left on the streets of the Latin American country of Ecuador. The cremation centers in China have been continuously burning for days—busy in just burning the dead. Only the Almighty knows what happened. However, the mass media has reported on the basis of satellite data that the Chinese sky has provided such evidence.

When our ears are burdened with such news that the powerful capitalists of this country after accumulating huge heaps of money through corruption are making Canada and Australia their second home; that they are not paying the workers their dues, that the so-called “representatives of people” are stealing the grains for aid, the US magazine Forbes praises the Prime Minister highly. The Forbes article says, “Bangladesh, a country of some 161 million people, led by Sheikh Hasina, is no stranger to crises. She was quick off her feet standing up to this one, with a response the World Economic Forum called 'admirable'.” Lauding the Prime Minister's initiative to tackle corona the article states that Sheikh Hasina being the Country's longest officiating Prime Minister took necessary initiatives of bringing back the stranded Bangladeshis from China in early February. After the first coronavirus infection was detected in early March, he shut down educational institutions and ordered the online operations of non-emergency business affairs. Then she set up the screening devices at the international airports to see if anyone is carrying the covid-19 symptoms. About sixty-five hundred thousand people were screened, 37,000 out of whom were sent to quarantine immediately. These are initiatives that the UK has not yet been able to implement according to the mentioned article.

The way Prime Minister Sheikh Hasina has jumped in along with her administration to confront the coronavirus can only be compared to the indisputable leadership of the father of the nation during the liberation war and the Mujibnagar government led by him. The people of this country are grateful to her for her courageous confrontation of COVID-19 pandemic in the midst of such great adversities, since she knows that fear does not suit her. At the same time, the Prime Minister has also taken measures in advance so that the corona pandemic may not mar the speed with which she had earlier been pushing the wheels of economy forward, improving the quality of people’s lives. She has, by this time, provided50 lac different classes poor people cash taka before Eid and she will continue standing by the side of the poor providing them necessary support till the departure of COVID-19.

Sheikh Hasina has taken electricity to the homes of those who were shot downfor demanding electricity. Even after the World Bank’s withdrawal of funding, she has turned the building of the Padma Bridge into a reality. She has shown the people of the world that Bangladesh toois capable.

It is not just sincerity or honesty, which is the power of Sheikh Hasina. She believes we can do; the Bengalis can. Sheikh Hasina frequently repeats one line: since we got our victory through a liberation war, no victorious nation can bow down and lose. This is the magic of Sheikh Hasina. This is the motto which has made of her a world leader in the 21st century. Hundreds of millions of people like me cherish a firm belief that Sheikh Hasina will once again set her trend of success high in the global arena.

The writer is a researcher, folklorist, columnist and Pro-Vice-Chancellor at Islamic University, Kushtia