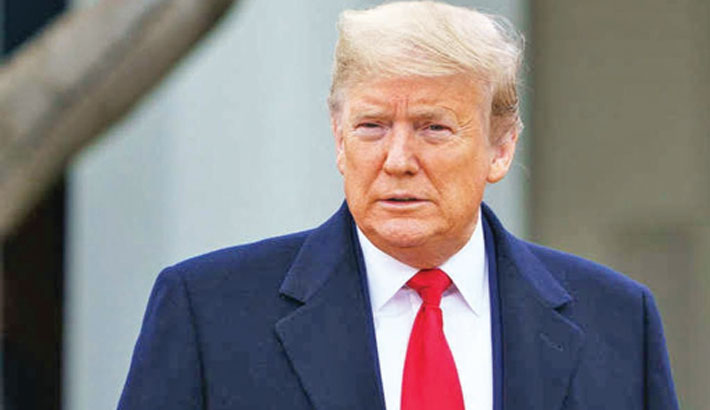 The issue of whether students should return to schools and universities in September is emerging as a flashpoint in the standoff between the White House and medical experts over how quickly to reopen the country.

Trump, speaking to reporters at the White House, said he found Fauci’s latest call for a highly cautious reopening “not acceptable.”

“We’re opening our country, people want it open, the schools are going to be open,” Trump said.

Fauci, an internationally respected expert on infectious diseases and a key advisor to Trump throughout the pandemic, testified in Congress on Tuesday that ending the lockdown too quickly could bring “really serious” consequences.

“There is a real risk that you will trigger an outbreak that you may not be able to control,” he said.

This was starkly at odds with Trump’s push to put the health emergency behind him and focus on getting the US economy back open. That view is gaining momentum as businesses struggle to stay solvent and millions of Americans register for unemployment relief.

Fauci warned that opening too early could allow the highly contagious and deadly virus to resume spreading and this “could even set you back on the road to trying to get economic recovery.”

Adding to the high stakes is the November election, in which Trump is arguing he will steer the country back to healthy economic times, while his Democratic opponent Joe Biden accuses the Republican of mishandling the pandemic and so worsening the fallout.

So far, Trump has stuck with Fauci, but the doctor is increasingly in the background as the president pushes his reopening message.

“Anthony is a good person, a very good person. I’ve disagreed with him,” Trump said in a segment of an interview on Fox Business Network due to air early Thursday.

“I think that we have to open our schools,” Trump said in the interview.

“We have to open our country. Now, we want to do it safely, but we also want to do it as quickly as possible. We can’t keep going on like this. You’re having bedlam already in the streets,” he said.

“I totally disagree with him on schools.”