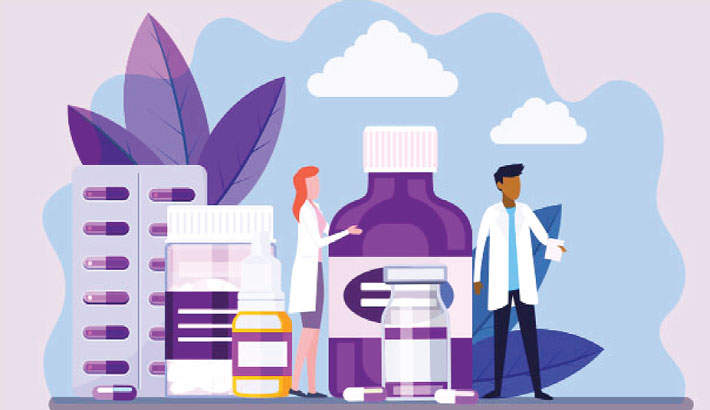 Remdesivir is under investigation as a treatment for COVID-19, authorised by the U.S. Food and Drug Administration (FDA) under Emergency Use Authorization (EUA) for emergency treatment for those hospitalised with severe COVID-19. Remdesivir is a broad-spectrum antiviral medication injected into vein. Earlier studies found antiviral activity against several RNA viruses including SARS and MERS related coronavirus, but it is not currently approved for any indication. Remdesivir was originally developed to treat Ebola virus disease and Marburg virus disease but was ineffective for those.

Remdesivir was created and developed by Gilead Sciences, under scientist Tomáš Cihlář, as part of Gilead's research and development program on treatments for Ebola virus disease and Marburg virus infections. Gilead Sciences subsequently discovered that Remdesivir had antiviral activity against multiple filoviruses, pneumoviruses, paramyxoviruses and coronaviruses.

In April 2020, Remdesivir was viewed as the most promising treatment for COVID-19, and included among four treatments under evaluation in the International Solidarity trial and European Discovery trial. The FDA states on May 1, 2020 that it is "reasonable to believe" that known and potential benefits of Remdesivir outweigh its known and potential risks, in some specific populations hospitalised with severe COVID-19.

The National Institute of Allergy and Infectious Diseases (NIAID) announced that Remdesivir was better than a placebo in reducing recovery time for people hospitalised with advanced COVID-19. Previously data from one random controlled trial was released before peer review; it did not show improvement. Gilead Sciences stated that due to low enrollment the study was halted while a non-associated researcher stated there was very small benefit.

In January 2020, Gilead began laboratory testing of Remdesivir against SARS-CoV-2, stating that Remdesivir was seen to be active against SARS and MERS in animal models. On January 21, the Wuhan Institute of Virology applied for a Chinese "use patent", for treating COVID-19. In China over February-March 2020, Remdesivir was ineffective in reducing improvement time for COVID-19, and caused various adverse effects, requiring the investigators to terminate the trial.

In March 2020, a small trial of Remdesivir in rhesus monkeys with COVID-19 infections found that it prevents disease progression. On March 18, the World Health Organisation (WHO) announced the launch of a trial that would include one group treated with Remdesivir. Other clinical trials are underway.

On March 17, the drug was provisionally approved for use for COVID-19 patients in a serious condition as a result of the outbreak in the Czech Republic. On March 20, United States President Donald Trump announced that Remdesivir was available for "compassionate use" by people with COVID-19; FDA Commissioner Stephen Hahn confirmed the statement at the same press conference. On 23 March, Gilead voluntarily suspended access for compassionate use (excepting cases of critically ill children and pregnant women), for reasons related to supply, citing the need to continue to provide the agent for testing in clinical trials.

On May 1, the U.S. Food and Drug Administration granted Emergency Use Authorisation of Remdesivir to treat adults and children hospitalised with severe COVID‐19. Distribution of Remdesivir under the EUA will be controlled by the U.S. government for use consistent with the terms and conditions of the EUA. Gilead will supply Remdesivir to authorised distributors, or directly to a U.S. government agency, who will distribute to hospitals and other healthcare facilities as directed by the U.S. Government, in collaboration with state and local government authorities, as needed. Gilead is donating 1.5 million vials for emergency use and estimated as of April 2020 they had enough drug for 140,000 treatment courses and will have 500,000 courses by October 2020 and 1 million courses by the end of 2020.

Remdesivir is a prodrug that metabolises into its active form GS-441524. An adenosine nucleoside analog, GS-441524 interferes with the action of viral RNA-dependent RNA polymerase and evades proofreading by viral exoribonuclease (ExoN), causing a decrease in viral RNA production. In some viruses such as the respiratory syncytial virus it causes the RNA-dependent RNA polymerases to pause, but its predominant effect (as in Ebola) is to induce an irreversible chain termination. Unlike many other chain terminators, this is not mediated by preventing addition of the immediately subsequent nucleotide, but is instead delayed, occurring after five additional bases have been added to the growing RNA chain.

Remdesivir was rapidly pushed through clinical trials due to the West African Ebola virus epidemic of 2013–2016. Preliminary results were promising; it was used in the emergency setting during the Kivu Ebola epidemic that started in 2018, along with further clinical trials, until August 2019, when Congolese health officials announced that it was significantly less effective than monoclonal antibody treatments such as mAb114 and REGN-EB3. The trials, however, established its safety profile.

The most common adverse effects in studies of Remdesivir for COVID-19 include respiratory failure and blood biomarkers of organ impairment, including low albumin, low potassium, low count of red blood cells, low count of platelets that help with clotting, and yellow discoloration of the skin. Other reported side effects include gastrointestinal distress, elevated transaminase levels in the blood (liver enzymes), and infusion site reactions.

Other possible side effects of Remdesivir include infusion‐related reactions. Signs and symptoms of infusion‐related reactions may include: low blood pressure, nausea, vomiting, sweating, and shivering. Increases in levels of liver enzymes, seen in abnormal liver blood tests. Increases in levels of liver enzymes have been seen in people who have received Remdesivir, which may be a sign of inflammation or damage to cells in the liver.