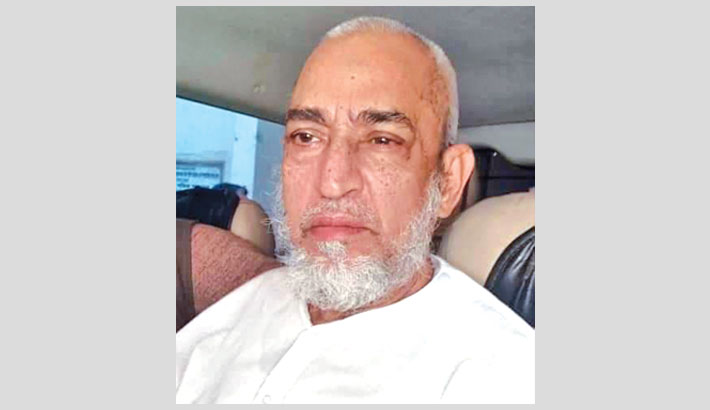 A Dhaka court on Wednesday issued a death warrant for dismissed army captain Abdul Majed, one of the death-row convicts in the Bangabandhu killing case.

Judge Md Helal Chowdhury of Dhaka District and Sessions Judge’s Court issued the order after the prosecution submitted two petitions — one for showing him arrested and the other for issuing a death warrant.

Abdul Majed was produced before the court amid tight security after he was arrested from Gabtoli area of the capital on Tuesday. But, no lawyer was appeared for him to defend. At first, Majed was shown arrested in the case as he had been absconding since the case was filed in 1996.

Later, the judge issued the death warrant and also read it out to Majed in the dock.

During the hearing, Majed told the court that he was not involved with the murder.

Later, Majed was immediately brought back to Kashimpur Central Jail on the outskirts of Dhaka with the death warrant, court officials and police said. Another senior lawyer, Mosharaf Hossain Kajol, who appeared as a prosecution lawyer in Bangabandhu Murder Trial said the judge issued the warrant after talking to Majed to confirm his identity. The jail authorities will again read out the death warrant to him once it reaches the jail, he said.

“The death sentence will be executed between 21 and 28 days of issuing the death warrant.” All the courts across the country have been declared closed until April 14 due to the outbreak of coronavirus.

Earlier, the Chief Justice cancelled the leave only for the court of the district and sessions judge and his staff for today to hear and dispose of the prosecution’s prayers.

The Supreme Court on November 19, 2009, upheld the death sentences of Abdul Majed and 11 other self-confessed killers of Bangabandhu. Of them, five were executed on January 27, 2010.

They were Syed Farooq Rahman, Sultan Shahriar Rashid Khan, Bazlul Huda, AKM Mohiuddin Ahmed, and Mohiuddin Ahmed. Meanwhile, another killer, Aziz Pasha, died in Zimbabwe in 2001. The trial process began in 1996 when an indemnity law was scrapped as it was protecting the assassins.

Six other convicts, including Abdul Majed, were at large. After the arrest of Majed, five more killers still remain fugitive.

To locate and bring them back, a taskforce comprising of ministers and high officials of the foreign, law, and home ministries was formed in 2010. Rashed was traced in the US and Noor in Canada.

Majed is from Batamara village at Borhanuddin upazila of Bhola district. His properties in his village have already been confiscated by the district administration.

The people of Borhanuddin expressed their satisfaction over his arrest on social media as they cannot come out of their homes due to the coronavirus fears.