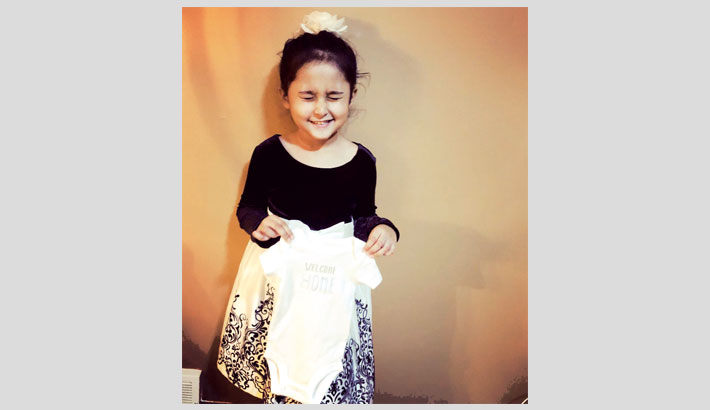 Bangladesh’s all-rounder Shakib Al Hasan is all set to become a father for the second time, according to post provided by himself on his official Facebook page on April 7.

On Tuesday, he announced this news to his fans through his official Facebook page where he posted his dear daughter Alaina’s picture holding a dress written “Welcome Home” on it and the post was having a tagline, “big sisterhood.”

From the post, it is clear that the wife of the number all-rounder is expecting another child and Alaina is eagerly waiting along with her father Shakib.

Shakib returned to his family after spending 14-day quarantine in a hotel, keeping a distance from his family who are staying in Wisconsin, USA in his wife’s home.

The left-handed all-rounder got married to Umme Ahmed Shishir in 2012 and after three years they had their first baby daughter.

Besides spending time with his family Shakib is providing assistance to his countrymen through his charitable organisation “The Shakib Al Hasan Foundation”. The all-rounder is trying to provide support to the underprivileged people of Bangladesh, through raising funds and so on.