10 movies to stream during home quarantine 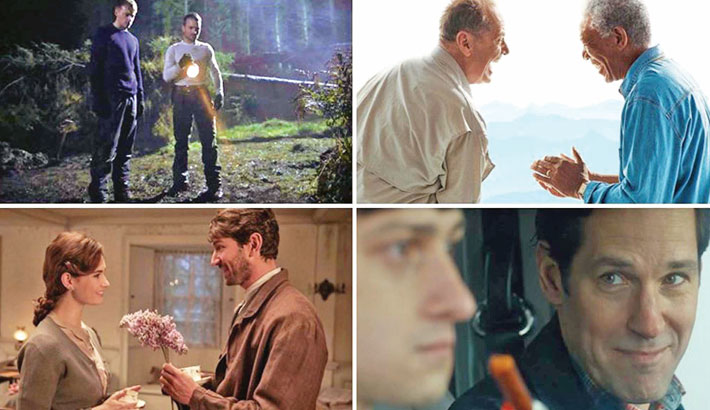 You are in home quarantine and watching movies you have already seen because you know they are good and they have rewatch value. However, it is time to come out of your comfort zone and discover new stuff. According to The Indian Express, here is a list of ten comparatively lesser-known movies to stream.

Brightburn is a truly terrifying superhero (or supervillain?) horror film. It is an inversion of Superman’s lore. Just like Clarke Kent, Brandon Breyer came from outer space and fell in a Kansas farm. And just like Clarke, he found loving parents. But instead of being a kind, thoughtful individual, he submits before his darker proclivities and goes on a murder spree.

The Kid Who Would Be King: Hotstar

The Kid Who Would Be King is about a school kid who has nothing special about him. His fortunes change, however, when he pulls King Arthur’s famous sword Excalibur from the stone it is buried in. According to the Arthur stories, only the true king can draw the sword and wield it. The film is an enjoyable adventure for kids and adults alike.

A mysterious quarantined zone is affected by an alien phenomenon that is mutating creatures and landscapes inside it. The zone is surrounded by a shimmering electromagnetic field and it is thus called the Shimmer. The zone is getting larger, and the US government believes that it would one day surround the whole world if not stopped. This Alex Garland directorial features elements of science fiction, horror and mystery. Its denouement is a gorgeous interplay between mind-bending visuals and incongruous electronic notes.

Lauren Miller’s Like Father, starring Kristen Bell and Kelsey Grammar, is a perfect time-killer. Set during a cruise, it is a perfect visual getaway. Also, there is a story and an excellent performance by Bell, without whom this film would be so much tosh.

This Lily James and Michiel Huisman starrer is an engaging film that bibliophiles would love. The characters are well-drawn, and the cast is great too. The setting is also quite well-realised, and the English countryside never loses its charm.

I will not spoil too much of the plot, but in Calibre, two men go hunting in the Scottish countryside and get more than they bargained for. The film is a harrowing watch, and it’s like the tragedy at the centre of the story occurred with you — so good is the direction.

Inspired by comic-books, high-school student Dave Lizewski transforms into a masked crime-fighter and becomes an internet sensation. However, he is not the only player in his game and others play dirtier. This movie is immensely profane, violent and a lot of fun. It is directed by Kingsman director Matthew Vaughn.

The Fundamentals of Caring: Netflix

This surprisingly sweet film boasts of everything that makes a road trip movie great. Despite using the same old tropes (different personalities travelling together reluctantly), the cast (Paul Rudd — ’nuff said) does a great job of making a strong script and clever dialogues come alive.

Three kids break into a blind veteran’s secluded house, thinking it would be an easy job. Go inside and pick up the money. If the vet wakes up, knock him cold and run away. However, they are in for a nasty surprise.