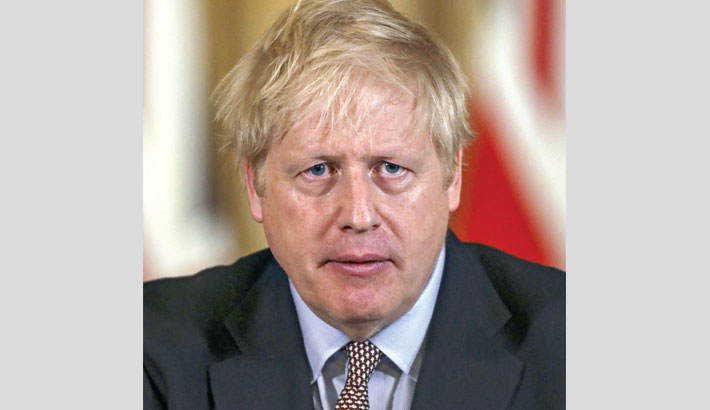 LONDON: British Prime Minister Boris Johnson was battling the coronavirus in intensive care on Tuesday, raising serious concerns on Tuesday about his health and the government’s response to the still-escalating outbreak, reports AFP.

The 55-year-old is the most high-profile world leader to become infected, and messages of support flooded in from across Britain and the world.

The Conservative leader, who was admitted to intensive care on Monday evening, has asked Foreign Secretary Dominic Raab to deputise for him where necessary, effectively putting him in charge.

Johnson had already spent Sunday night at a London hospital after being taken in for tests following concerns he still had a cough and high temperature, 10 days since being diagnosed with COVID-19,

His transfer to intensive care is unprecedented for a prime minister during a national emergency.

And for many people it brought home the seriousness of the disease that has so far killed 5,373 people in Britain. “It’s pretty shocking, and also it just shows that it can affect anyone,” said Mark Gillis, a Londoner who works for a media agency.

Cabinet minister Michael Gove said the prime minister had been given “some oxygen support” but “he has not been on a ventilator”—although one is available if he needs it.