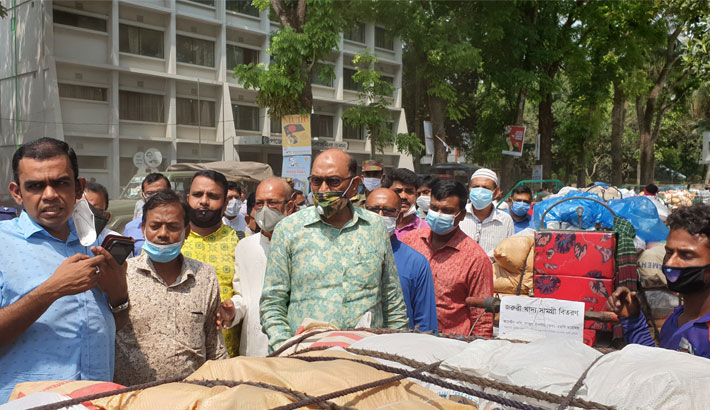 Chairman of Parliamentary standing committee on the disaster management and relief ministry Captain (Retd) AB Tajul Islam MP on Monday urged the countrymen to stay home to prevent spread of novel coronavirus in the country. He also urged the wealthy people of the country to come forward to help the poor and insolvent people to fight the crisis.

Capt. Tajul came up with the remarks while addressing at an inauguration ceremony held in front of the Bancharampur Upazila Parishad over the distribution of food items to the low-income people at the upazila in Brahmanbaria.

After the inauguration, a total of 7,000 packets of food items were sent to 13 unions and a municipality under the upazila on Monday to distribute the food items among the poor people in the second phases.

Earlier, they also distributed some 5,000 packets of food items among the poor people at the upazila and the efforts will be continued, they said.