TV series that dealt with pandemics 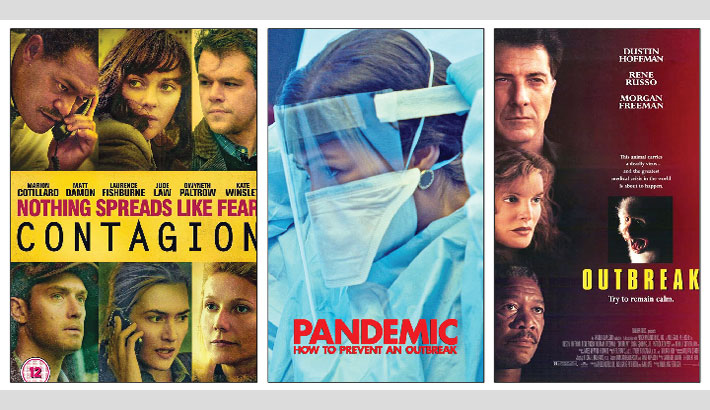 As the world battles coronavirus, interest in understanding pandemics is on an upswing. The Covid-19 disease has seen the death of thousands across nations and lakhs infected by it. It has forced, either voluntarily or involuntarily, millions of people to stay at home in order to flatten the curve.

There have been a number of films and a few documentaries that have dealt with such pandemics, either directly or dramatizing it with other sub plots. So here’s a list of documentaries and films to binge-watch while in self-isolation, reports Hindustan Times.

Pandemic: How To Prevent An Outbreak

This Netflix docu series takes us to the frontlines of the battle against influenza and shows us the heroes who are quietly fighting it and preparing to stop the next outbreak. It also delves into research that is being done to build a universal vaccine, movements against vaccination in the US and the outbreak of deadly Ebola virus in Africa.

The docu series is based on the influenza pandemic that swept across United States, United Kingdom and other nations between January 1918 to December 1920, killing an estimated 50 millions in the process. Also called the Spanish flu, the documentary brings to life a long-forgotten pandemic.

Hero with a Thousand Faces

Another documentary of public health workers, it pays homage to those who risk their everything to serve humanity.

The HBO series is dedicated to India and Pakistan’s fight against the potentially crippling polio disease. It focuses on the vast number of public health workers who have a clear target – to visit some of the poorest neighbourhoods and vaccinate every child, a tough challenge still, even after 50 years of the vaccine being developed in the United States.

Other than docu series, there have been a number Hollywood thrillers that talk of pandemics as works of fiction.

The Steven Soderbergh film from 2011 is packed with stars and tells a killer virus consumes everything it touches on its way. The clock is ticking as death toll rises and a cure is nowhere in sight. The circumstances through which the virus comes in contact with humans are eerily similar to the current coronavirus pandemic.

The 1995 film shows US Army doctors struggling to find a cure for a virus spreading throughout a California town. It comes to America via an African monkey. The film features Dustin Hoffman, Rene Russo and Morgan Freeman in important roles.

The Danny Boyle directed film is a waiting game - four weeks after an incurable virus spreads across the United Kingdom, few survivors try to find sanctuary. The film stars Cillian Murphy and Naomie Harris. There’s a zombie angle to it as well.

The South Korean film is about a parasite that is making people of a town jump to their death into rivers. When the film’s hero finds that his family too is showing similar symptoms, he must race against time to find a cure.

In a dark and isolated hospital a doctor’s mistake leads to dire consequences for the patient. In no time, a strange illness starts afflicting medical staff and soon matters go out of hand. The Japanese film is outlandish with its depiction of deaths but talks of a global epidemic outbreak.