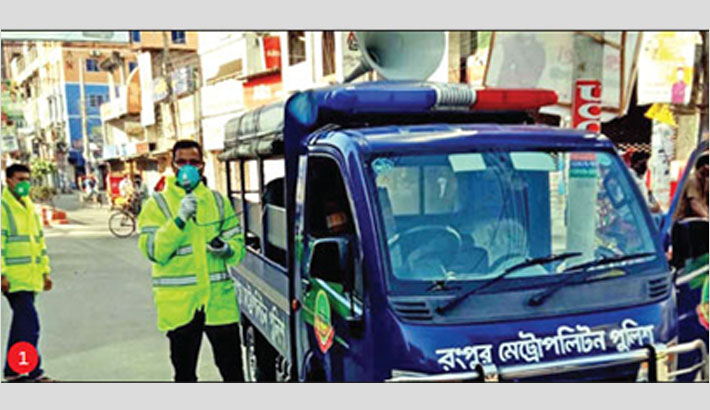 1) Members of Rangpur Metropolitan Police announcing messages by using a megaphone in order to create mass awareness against Covid-19, among the local people in the metropolitan area on Thursday.

5) Deputy Commissioner of Dinajpur Md Mahmudul Alam distributes relief goods among day labourers in the district are facing severe hardship as they cannot go out to work due to spread of coronavirus. The photo was taken on Thursday.