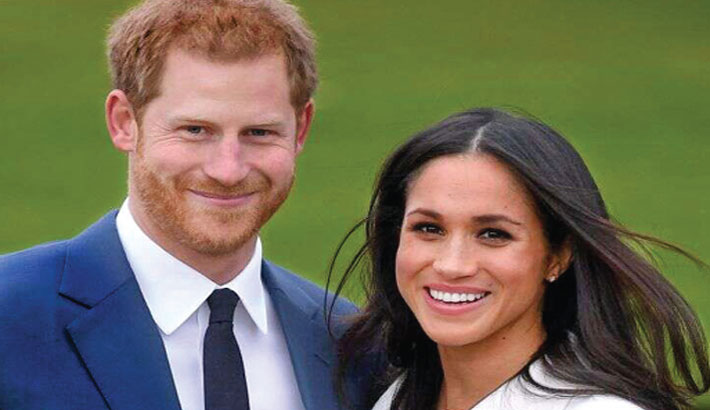 The pair, who formally stepped down as senior members of the British royal family this week, have reportedly already relocated to sunny California.

They are currently rumored to be hunkering down at a compound in Malibu, the exclusive beach community outside Los Angeles long favored by A-listers and movie moguls.

But how the couple will achieve their ambition of forging a new, “financially independent” life remains to be seen.

Meghan’s options would appear to be more straightforward.

It is a homecoming of sorts—she grew up in Los Angeles, her mother still lives here, and she has extensive contacts from her days as an actress.

“I think Meghan will continue to work in the entertainment world one way or another,” said celebrity branding expert Jeetendr Sehdev.

“It’s their unique selling point—Meghan, at the end of the day, has come from the entertainment industry. They don’t want to be denying that DNA.”

While Sehdev thinks it is “unlikely” she will go back into acting, Meghan “might present documentaries, she might do more voiceover work.”

Before she left Britain, Meghan had already narrated a wildlife documentary for Disney—a company that her royal background could make her uniquely suited to. “The fact that she was a princess—people do like that idea,” said Los Angeles-based producer and journalist Simon Thompson.

“Even though they’re no longer part of the royal family, people will still put that brand on her—she’s ideal for alignment with things like Disney.”

Other entertainment giants including Netflix have already voiced interest in working with her.

But if she were to act again, Meghan will likely be wary of “stunt casting” and need to be selective in picking more substantive roles, Thompson added. “I think she’ll get some big offers,” he said. “It really depends on whether she wants to continue to be seen as a celebrity or as an agent of change.”

For Harry, the decision to sever family ties and move thousands of miles away is more of a plunge into the unknown. “I don’t see a natural fit for somebody like Harry in Hollywood—but that’s not to say that he won’t adapt,” said Sehdev, bestselling author of “The Kim Kardashian Principle.”

“The royal family brand was programmed to be opaque. It’s so controlled, so contrived and so manufactured that we don’t really know who these people are.”

“He’s going to have to do a complete 180 and actually take a leaf out of the book of Kim Kardashian, those reality show influencers, and say I’m gonna actually open up my life. Let you in and show who I really am.”

The pair could also emulate the Obamas by forming a production company, suggested Thompson—a move that would allow both to highlight causes important to them such as veteran care, mental health and the environment.