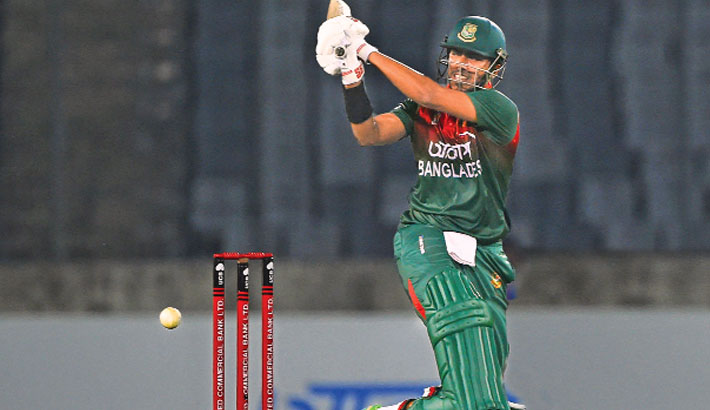 The south paw had been a top order batsman his whole career and he feels that he is more comfortable at this spot than any other position though he is ready to bat elsewhere.

Soumya Sarkar started his career as an opener then got dropped down to number three and now his batting position hovers from all the way between the top to number five or six.

During the tour of Pakistan, he was demoted down the order in the T20 match as the team management wanted someone to bat down the order to finish off the innings on a high though it did not paid dividends against Pakistan as Soumya batted at number five and six and scored seven and four runs respectively in the two matches.

Soumya capitalised on the opportunity to bat up the order against Zimbabwe in the first of the two-match T20I series, having played a match-winning knock of 62 runs. Though it is uncertain what lies ahead for him, he prefers to bat in the top order but then again he is trying to prove himself and get his place marked.

“I have played in top order all my life I feel more comfortable here. But when the team needs, then there is nothing to do,” said Soumya adding that he feels he is more aware about his role at the top than when he goes down the order to bat.

Soumya is known to possess brilliant hand-eye coordination and often he is seen to use the pace of the delivery playing those delicate scoops and other innovative shots.

“Never thought that way (that I bat with hand eye coordination),” said Soumya.

“As a top order batsman, I have to bat keeping few things in my mind and I definitely have to understand the strength and weakness of a bowler as I bat above, especially the pacers,” he said.

“However, I always try to use my strength when I bat at the top,” he said.

Soumya seems handy with his right arm medium pace bowling for Bangladesh team. He is also looking forward to focusing on this specific expertise of his. As a part time bowler he got fourteen wickets in 50 T20 matches he played so far.

“I have been bowling ever since I started playing cricket. But I have always batted at the top order. I always used to do some bowling. However, I did not come into focus on bowling. But if I pay attention and work differently with bowling then I might be in focus. I think I will concentrate more on bowling in future. So that the team can trust on me,” he concluded.