I have no longer Covid-19 symptoms: Idris Elba 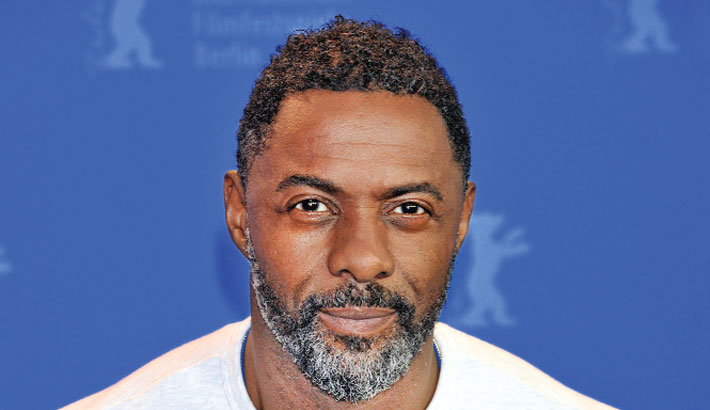 Hollywood actor Idris Elba says he and his wife are clueless about the next step in their treatment for coronavirus after they passed their quarantine period. The 47-year-old actor, who is in New Mexico, had in March revealed that he had contracted the coronavirus. His wife, Sabrina Dhowre, also tested positive for the disease a few days later, reports Hindustan Times.

Since then, the actor has been regularly giving updates about his and Sabrina's health through social media. In the latest video, posted on his official Twitter account, Elba said their self-quarantine period is over but they are yet to be tested again for COVID-19. "We're both doing okay, still asymptomatic. We've passed the quarantine period but we're a little bit stuck in limbo — we can't get a flight back home. So we just have to sit still for a little bit. Other than that, we’re OK, and we’re so thankful for that. I think the worst of it has probably passed," Elba said in the video.

The actor said he and Sabrina are both finding it difficult to deal with the self-isolation period. "It’s weird because I never sit still, Sabrina never sits still either and I think she’s finding it harder. She’s getting cabin fever," Elba added.

The couple is staying mentally strong and optimistic, the actor further said. "I hope you guys are too, keeping yourselves sane and not getting too worried or panicked. I thought I was definitely going to see the worst of it as an asthmatic. But thankfully I came through and you can too," he added.

The actor then gave a shout out to all the health personnel who are leading the fight against coronavirus, which has claimed the lives of over 42,000 people globally. "To everyone that’s going through some hard times financially, just bear up. It’s going to be a tough time for everyone, but keep your head up basically. Hope you’re good. We’re going to fight this thing and everything’s going to be cool, man," Elba said.