The journey of a cricket nation- Bangladesh 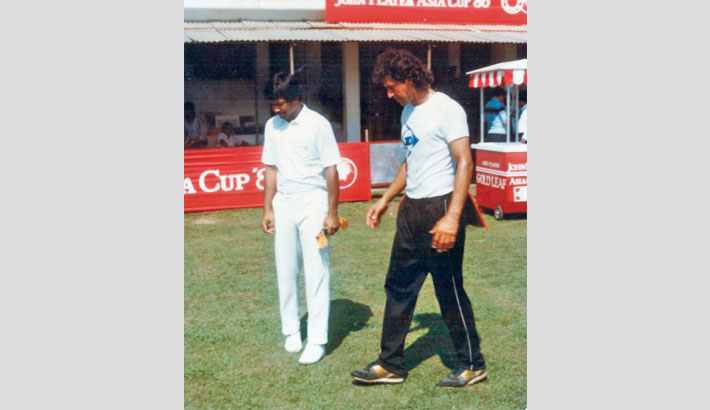 Bangladesh cricket is certainly passing through its adulthood but things were different during their birth, precisely 34 years ago through taking part in their maiden Asia Cup in Sri Lanka.

For the new kids on the block, everything seems to be nothing short of a fairytale as they had the privilege to brush shoulders with their idols by taking part in their competition in 1986.

Unlike today when Bangladesh is considered as a force to reckon in the 50-over cricket, it was completely a different story altogether for the men representing the green and red flag.

Though of some of them had the privilege to play alongside some of the greats of the neighboring nation by playing against them in different platforms but it was through their participation in the Asia Cup that a country called Bangladesh was born in the cricketing landscape and it was thrilling, to say the least for the cricketers who were part of the historical match against Pakistan on March 31.

Bangladesh qualified for the Asia Cup after becoming champions in the South East Asia Cup two years back and probably from that moment they were anticipating playing competitive cricket against the big brothers, who had already started to dominate through their performance in international cricket.

Pakistan defeated Bangladesh by seven wickets after they were bundled out for 94 runs but more than the result the match is significant considering it was the beginning of their journey.

Bangladesh's first ODI skipper Gazi Ashraf Hossain said that it was an experience that they cherished all through their life considering it was the first match of Bangladesh in the 50-over set-up.

“Naturally, we were thrilled and excited because at that point we were not used to playing so many games,” said Ashraf going through his memory lane adding that Imran Khan insisted that the toss is completed near the boundary circle.

“When Imran came to the toss, I could not understand if he was ready or not. Because he was on his practice cloth though I was in on my match jersey Anyway, he said, “No need to go too far for the wicket to get the toss, let's do it here (at the boundary line). At that time there was no obligation to have an umpire at the time of the toss. The captains used to toss and tell the umpires,” he said.

“TV broadcasts were limited during that edition of the tournament so the toss was not shown on TV and there was no formality attached but we completed the toss in the boundary line and I lost it,” he said.

Lipu said that they paid the price of losing the toss as they were forced to bat against a bowling attack comprising Imran Khan, Wasim Akram, Mohsin Khan, Muddassar Nazar and Abdul Qadir and that too in a wicket with moisture due to overnight rain.

“Wickets were not covered very well. It rained the previous night. The moisture was heavy on the wicket. We wanted to bowl first. But we lost the toss and batted first. It was a big challenge in front of their strong pace attack. Everyone was naturally a little disappointed after talking about losing the toss back to the dressing room,” he said.