Trudeau remains in isolation after wife recovers from virus 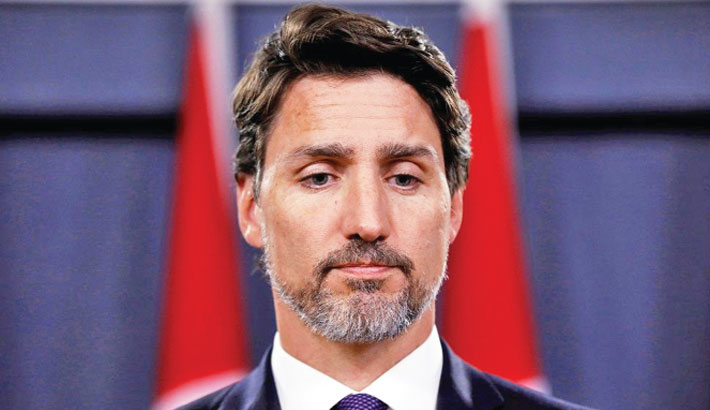 MONTREAL: Canadian Prime Minister Justin Trudeau said Sunday that he would remain in self-imposed isolation even though his wife, who had contracted the coronavirus, has recovered, reports AFP.

Although Sophie Gregoire Trudeau received the all-clear from her physicians on Saturday, the prime minister said, and he himself has no symptoms, he had been “sharing a roof with someone who tested positive for COVID-19.” “I have to continue in isolation in order to be sure that we’re following all the protocols and the recommendations by Health Canada,” Trudeau said.

Since doctors did not know exactly when Sophie Trudeau became virus-free, the prime minister said he would observe another 14 full days of confinement.

Addressing reporters from the porch of his Rideau Cottage residence in Ottawa, Trudeau noted that workers across Canada had discovered that they can do an “awful lot of work via telephone, via video conferences—and that’s exactly what I am doing.”