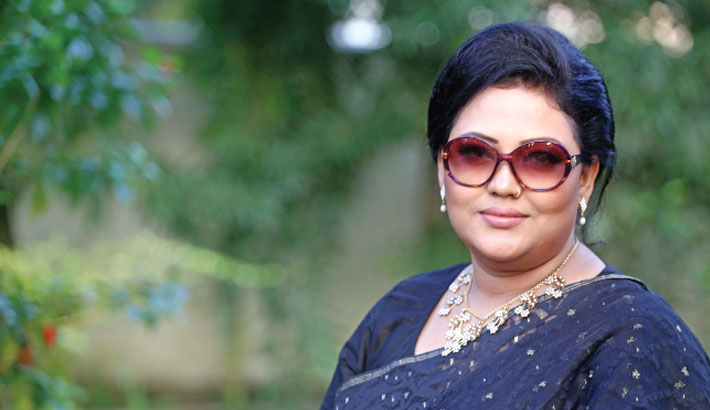 Momotaz Begom is one of the most popular folk singers of the country. She has won the heart of millions by her fabulous performance. She is also a social worker. She has been involved with social awareness activities for several years. Recently, the singer has lent her voice to a social awareness dong.

Most of the people of the country are staying at home over coronavirus scare. Celebrities are also staying at home and encouraging people to do it. To motivate people and make awareness they are taking part in many activities like-facebook live, songs and others.

In this continuation, singer Momtaz has lent her voice to the song. The title of the song is ‘Monta Bhoira Jai, Maina Jai Niyomta Maina Jai.’ The recording and shooting of the songs has already been completed in association with popular NGO Brac. The lyrics of the song have been written by the communications team of Brac. Private television Channel i will the song from today. Later, other TV channels of the country will also air the song.

Talking about the song, Momotaz said, “We are passing very crucial time due to coronavirus outbreak. In this time, we should be aware of coronavirus instead of fear. To raise awareness of coronavirus I have given my vocal to a song. The song is based on my one of the popular song ‘Bukta Faita Jai’. Labib Kamal Gourab has rearranged the music of the song. I hope people will listen the song carefully. And I believe it will create awareness among mass people.”

Momotaz Begom is a popular singer of the country and the incumbent Jatiya Sangsad member from Manikganj-2 constituency since 2014. Referred to as ‘The Music Queen,’ she has recorded around 700 songs in her career spanning four decades. Momotaz has performed concerts across Bangladesh, in Britain and in the United States. She has performed numerous events for the Bangladeshi diaspora communities, in particular in London, where she is very popular during the Baishakhi Mela.