Corona situation will get worse before getting better, warns Johnson 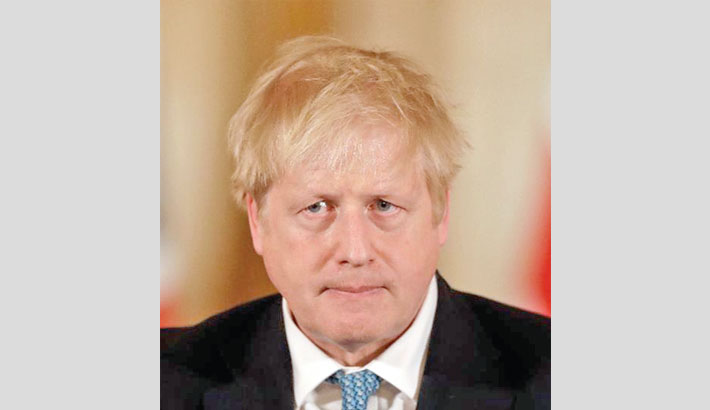 LONDON: The prime minister has warned that the coronavirus crisis will get worse before it gets better, in a letter being sent to every UK household, reports BBC.

Boris Johnson, who is self-isolating after testing positive for Covid-19, says stricter restrictions could be put in place if necessary.

Britons will also get a leaflet detailing government rules on leaving the house and health information. It follows criticism over the clarity of government advice to date.

The number of people who have died with coronavirus in the UK has now reached 1,019, with a further 260 deaths announced on Saturday.

In the letter being sent to 30 million households at an anticipated cost of £5.8m, Mr Johnson writes: “From the start, we have sought to put in the right measures at the right time.

“We will not hesitate to go further if that is what the scientific and medical advice tells us we must do.”

Tough measures to tackle the spread of coronavirus, including a ban on public gatherings of more than two people and the closure of shops selling non-essential goods, were introduced last week.

“It’s important for me to level with you - we know things will get worse before they get better,” the letter reads.

“But we are making the right preparations, and the more we all follow the rules, the fewer lives will be lost and the sooner life can return to normal.”

Experts have said they expect the number of coronavirus cases and deaths to continue to rise for the next two to three weeks, before the effects of social distancing measures and restrictions on everyday life begin to have an impact.

Responding to reports current measures could be in place until June, Scotland’s chief medical officer Catherine Calderwood told BBC Radio 4’s Broadcasting House: “The modelling that’s been done, and that I have seen, has always said that we need at least 13 weeks of some sort of measures in order to really get this virus away from spreading amongst people.

“When you have a shorter period of time, as I understand other countries have done, as soon as you lift the measures the virus comes back again because you haven’t stopped it transmitting amongst lots of people.”

Cabinet Office minister Michael Gove declined to say how long the restrictions might last but said everyone “has to prepare for a significant period where these measures are still in place”.

“I wish I could predict when this will end,” he said. The date of the peak of the virus “depends on all of our behaviour”, he added, saying: “It’s not a fixed point”.

In his letter, Mr Johnson describes the pandemic as a “moment of national emergency”, and reiterates the government guidance to stay at home to avoid putting pressure on the NHS, so that lives can be saved.

The prime minister acknowledges the restrictions will have a financial impact on families.