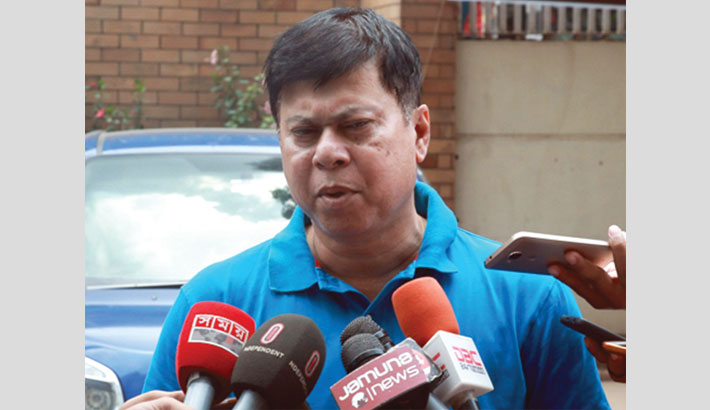 Bangladesh’s ICC Under-19 World Cup winning cricketers seems to be badly hurt after the postponement of Bangabandhu Dhaka Premier Division Cricket League (DPL) as they missed the chance to show their talent in the league of big boys.

The young cricketers’ achievement in the biggest global tournament for the age-level cricket was surely noteworthy considering it was the maiden ICC trophy for the country but lots of eyes were pinned on them to see how they react when they were put to the test in DPL.

DPL is considered to be the traditional Dhaka-club-based 50-over tournament and is known to be the breeding ground for potential national cricketers considering the fierce competition among the local players.

BCB Chief Selector Minhajul Abedin Nannu admitted that they were eagerly waiting to see how the Under-19 cricketers perform in DPL as it would have helped them judge their potential watching them perform taking on the pressure of expectation.

“Definitely we were eager to see how they (Under-19 cricketers) perform in DPL,” Minhajul told daily sun on Sunday.

“Winning the ICC U-19 WC was a big achievement but at the same time DPL was a brilliant platform to show their skills,” he said.

“There is immense pressure in club cricket and we were looking forward to see how they cope with that and perform because it’s tough to retain one’s spot in the playing eleven,” he said adding that now they should look after their fitness so that they don’t lag behind when cricket resumes after the coronavirus pandemic.

Due to the coronavirus pandemic cricket is at a halt across the world and Bangladesh is no exception with BCB deciding to postpone all cricketing activities until further notice.

Bangladesh Under-19 skipper Akbar Ali rued his luck for this unexpected turn of events as he said that he was expecting to showcase his talent in the league to leave a mark in the competition.

“DPL was a great platform for us (Under-19 cricketers),” said Akbar, who is playing for Gazi Group Cricketers in the league.

“The senior players could have shared their experience with us but we could not avail it due to the unexpected situation,” he said.

“I had a great many plans surrounding DPL and I wanted to play well and do well match by match,” he said.

“Currently our manager has told us to stay at home and not to go outside and I am working on my fitness from home,” he said.

“I am looking forward to start afresh when cricket resumes,” he said.

Mohammedan Sporting Club’s opener Parvez Emon also echoed the same sentiment as his skipper adding that he is getting frustrated with the whole situation.

“It’s a huge loss for me as DPL matches is suspended for the moment because I was in very good form and I had the chance to prove myself in DPL but that opportunity has evaporated now,” he said.

“The situation is not in our hands and at the moment I am working in my rooftop to retain my fitness,” he said

“I am hopeful that matches will start soon. Nobody likes to sit at home,” he said.

Shinepukur’s left-arm spinner Hasan Murad is optimistic in these days of crisis saying that he is still hopeful that the league will resume in the coming days and they won’t lose this edition of the tournament.

“The tournament I feel has not been abandoned as there is no official announcement yet,” asked Murad.

“I was is good rhythm and bowled well in the first match but there was some gap afterwards,” he said.

“For any cricketer if there is any break between matches, it is not helpful for them and now I am trying to remain fit in my home,” he said,

“DPL was a great opportunity but we lost to the situation,” he added.

Abahani pace bowler Tanjim Hasan Sakib took everything on his stride without any complain.

“The reason matches has stopped is at nobody hands as it is due to the unexpected situation as we have no control over our nature,” said Sakib.

“Everyone wanted to play but that was not to be. We were all in good shape including myself. We had the opportunity to play in DPL after winning the World Cup,” he said. “I am aware of my fitness and working from home and doing some homework as well. I am strictly maintaining my diet and hopefully the league will resume soon,” he concluded.