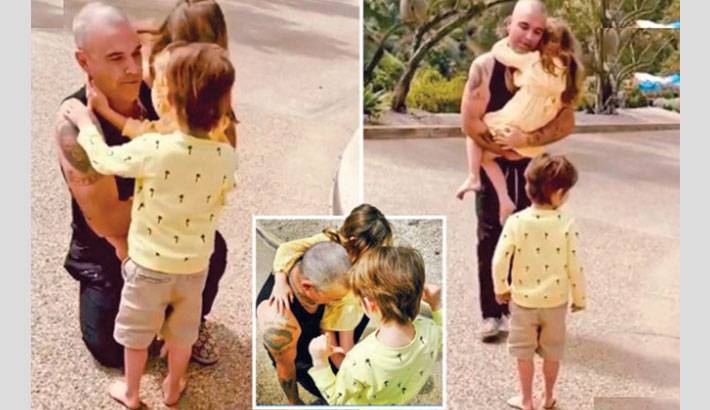 Singer Robbie Williams has reunited with his family after ending three-week quarantine.

Robbie had been keeping himself away from his family after returning to the US from Australia as he observed self-isolation precautions in line with coronavirus pandemic prevention measures, reports mirror.co.uk.

Taking to Instagram on Saturday, Ayda showed their two eldest children running to meet their father as his quarantine came to an end after three weeks.

The video showed Theodora and Charlton looking down the driveway together as Ayda asked them if they could see anyone they recognised. The young children both shouted out "daddy" as they could see Robbie approaching.

The former take that star looked overjoyed as he walked with his arms outstretched and his children ran towards him. Bending down, Robbie scooped up Teddy and hugged her, before dropping to his knees to embrace his son.

Ayda explained that the children had been living without their father for 21 days.

Sharing the video, she wrote: "@robbiewilliams After 3 weeks...REUNITED!"