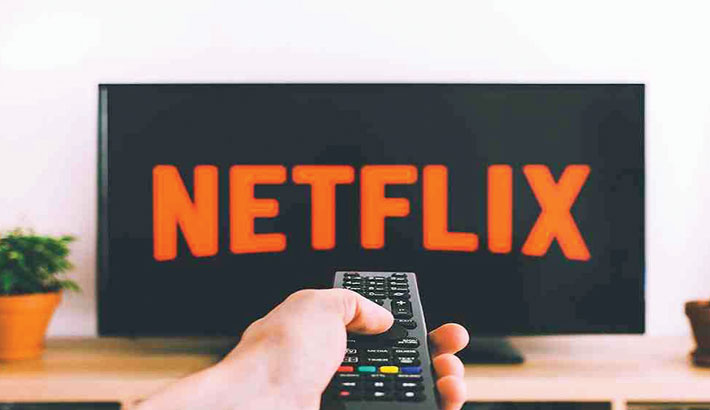 In your hectic days you might have a fantasy of taking a long vacation which you want to spend sitting on the couch ideally eating lots of snacks and watching your favorite TV series. The recent circumstance of coronavirus outbreak is forcing you to stay at home until the situation gets under control. Certainly you never expected such vacation, but still you have to accept the way it is! Now how to spend this home quarantine period without getting bored? Don’t worry! In the age of Netflix, you have lots of options to choose from. Blissfully Netflix has officially launched a bunch of highly enjoyable TV series in the early months of 2020, which worth watching in your quarantine with utmost fun. Read this article if you are looking for entertaining, thrilling and educative series in the streaming giant Netflix to watch during your home quarantine, reports UNB.

If you love watching TV series that resembles real-life experience of a real community, don’t miss Gentefied. Thanks to Netflix for allowing a community to tell its own story. What makes the Netflix’s new comedy Gentefied stand out from average TV series of entertainment industry is portraying the real scenario of the sprawling city Los Angeles. This series aims to spot light on how the influx of illegitimate money – mostly earned by the newer whiter residents – is pushing out the unique culture of Los Angeles.

Killer Inside: The Mind of Aaron Hernandez

Are you a crazy fan of thriller series? If yes, Netflix’s documentary miniseries ‘Killer inside: the Mind of Aaron Hernandez’ is must watch for you! The storyline is formed upon the life history of NFL star who was convicted for homicide. The documentary will take you back in 2013 to 2015 when Hernandez was facing trial and later proved guilty for the murder of semi-pro football player Odin Lloyd. The storyline also revisits the trial incidence for double homicide (Safiro Furtado and Daniel de Abreu) in 2012 for which Hernandez was found not guilty. Hernandez got a life sentence in April 2015. But a few days later, he took his life in prison which was claimed as suicide.

The latest Netflix series ‘The Pharmacist’ directed by Jenner Furst and Julia Willoughby Nason, combines three different series in one platform. This documentary series starts portraying the murder incidence of Dan Jr., a young white man, who was trying to buy some cocaine in April 1999. Then the storyline jumps to the victim’s father Schneider, a pharmacist from New Orleans, who was frustrated by the noncooperation of the corrupt Police Department of New Orleans in investigating his oldest son’s murder case. The circumstances made the father find his own way to reach the killer. In 1975, Schneider took the career of pharmacist to manage his family. The heroic attempts of the pharmacist Schneider erased the opioid – category of drugs related to heroin – crisis which was leading the youths of his community towards moral erosion. Portraying the currently growing drug issues of the country, ‘The Pharmacist’ appears as a praise-worthy documentary series which wraps up in four episodes.

What’s it like to be a baby? Certainly you can’t remember much of it. Babies are miracles to both parents and science. Have you ever give it a thought how those little helpless souls grow up day by day and turn into matured human kind. To fulfill your curiosities you can stream the latest documentary series titled ‘Babies’.  This documentary series highlights little advancements of infants like how babies sleep, smile, take their first milk/food, learn to crawl, spell their first word, put their first steps, etc.