Coronavirus - Just another Flu or a Pandemic? 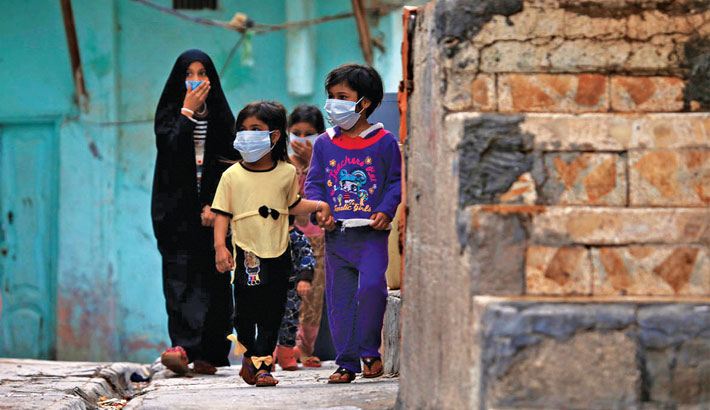 Early March 2020 - a period when the entire world had halted, everything was still going on at perfectly good pace in Bangladesh. Within weeks it came upon us too. Are we really ready for it?

Obviously, panic is not a solution, but the way the people of Bangladesh were treating this global pandemic was definitely not the right way to go. There have already been incidences where several people have died of pneumonia-like disease at the same area. The doctors could not identify the cause of death. Many people who have been tested positive are now staying in home quarantine. But the worst scenario is that many who are affected are just hiding it and going out in public, spitting, coughing, sneezing without any sort of precaution.

Most of the people with symptoms aren’t getting themselves tested because of two reasons. One is their ignorance towards the issue and taking it too lightly. The second one is fear. They are afraid that if they go for a test and the result comes positive, people are going to avoid them and there’s one rumour running around that China deliberately killed and burned thousands of Corona infected patients to protect the rest of their citizens. People fear that the same thing is going to happen to them, so, they just choose to live in denial. As a result, we may have hundreds of infected people walking around, infecting us, while we’re busy joking about it.

This is just the beginning as Bangladesh had done nothing to prevent people returning here from China or Italy where the infection was at its peak. Even the Chinese ambassador in Bangladesh, Li Jiming, on Wednesday stated that Bangladesh was at extreme risk of Coronavirus infection as it was spreading in the neighbouring countries. Many people returned from Italy with no scanning for the virus where the ideal scenario would have been a 14 days quarantine. Now that they have detected two more Coronavirus patients who have returned from Europe, finally they decided to suspend all incoming flights from others countries, which may sadly be too late at this point.

The reason why Bangladeshi people should be extra careful regarding this issue is simply because Bangladesh is not ready for such a catastrophe. Very recently, one patient diagnosed with symptoms of Coronavirus who had returned from Bahrain fled the hospital along with his wife while doctors were discussing proper remedies (The Daily Star, March 16, 2020). Another news was published on the same day stating the death of a lady who had shown such symptoms along with severe stomach ache. The lady was admitted in Dhaka Medical College Hospital. If one of the best hospitals of the country cannot properly diagnose and give proper treatment to patients, undoubtedly thousands will die in a matter of days. On top of that, we have only two hospitals that have the necessary staffs and equipment to take care of Corona patients. This will not be anywhere near enough once the pandemic hits us with a full blow.

We should not spread panic, but we must be extra careful with this otherwise there is a possibility that we’ll run out of land to dig graves. The government should make people realise that this, in fact, is a serious issue and ensure that more hospitals are ready to face the worst. Mass awareness is unquestionably important. We’re a nation who loves to spit and cough anywhere we can and you can find the proof if you just take a stroll out on the street. In the worst case anticipated or even just the best case of it being just a flu, let’s take this opportunity to improve our hygiene standards, educate people to be more cautious and follow all the guidelines provided by WHO. In any time or any situation, precaution is always better than cure. A little caution will not hurt anyone, rather, it can be the only saving grace for this country.