Mujib Year and our expectations 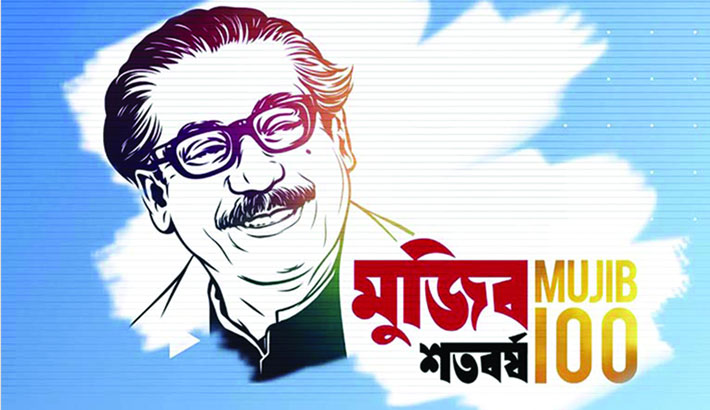 The year 2020-2021 is going to be celebrated as Mujib Year or Mujib Barsho to commemorate the birth centenary of Bangladesh’ founding leader and Father of the Nation Bangabandhu Sheikh Mujibur Rahman. The celebration will begin from March 17, 2020 and continue till March 26, 2021 the golden jubilee of Bangladesh’ independence. UNESCO at its 40th General Assembly held on November 25, 2019 took a decision to celebrate the Mujib Year together with Bangladesh.

Bangabandhu declared zero tolerance against corruption. He urged people to wage one last war—a war against corruption. Calling upon Bengalis from all classes to build fortresses in every house one more time, in his last public statement made on the Independence Day of 1975, he said: “The number one priority is to root out corruption from the soil of Bangla. I need your help. I will enforce law, I will not spare anybody. There has to be a people’s movement. It has to be a movement to socially boycott the bribe-takers and the corrupt. Who can do it? My student-brothers can do it, the youth can, intellectuals can, and the people can. You have to convert each house into a fortress. This time, fortresses against corruption, so that we can alleviate the sufferings of the toiling masses of Bangladesh.”

We know that ‘monga’ was one of the major problems in the northern part of Bangladesh. Many people would die because of ‘monga’ almost every year. But the present government under the leadership of Prime Minister Sheikh Hasina has become successfully alleviated this curse from the lot of the people of the north. By successful implementation of massive social safety-net programmes (SSNPs), Test Relief (TR), Food for Work (FFW), Works for Taka (Kabita), Vulnerable Group Development (VGD), Vulnerable Group Feeding (VGF), employment generations, providing shelters, various assistance and allowances and other effective measures by the government, the poor are not experiencing any ‘monga’ during the past ten years. While addressing a programme, Prime Minister Sheikh Hasina said, “Once the country's northern areas used to be branded by ‘monga’. But there's no monga now, we've been able to eradicate this with various types of development projects.”

Besides, Bangladesh has made remarkable progress in poverty reduction. The poverty rate is down to 20.5 per cent in fiscal year 2018-19 from 21.8 per cent in the year 2017-18. Terming Bangladesh as a model for poverty reduction, World Bank Vice President for South Asia, Hartwig Schafer said, “Bangladesh has proved that with commitment and determination of the government and the people, a country can come out of poverty and emerge as a low middle-income country within only a span of four decades.” The present government’s target is to bring down the country's poverty rate to a level less than what the USA has as the premier said, “I've a target to reduce it further. The poverty rate in the USA may be 17/18 percent. I'll have to cut down it to at least one percent less than that in the USA, at any cost.”

The golden Bangla dreamt by Bangabandhu cannot be built without digitalising every sector of the country as this is the age of science and technology. Keeping this in mind, the present government has been working heart and soul for past decade to turn Bangladesh into a digital one. The government has mostly become successful and now Bangladesh is called Digital Bangladesh by people around the world.

About digital Bangladesh our Prime Mister said, “For ensuring economic freedom of the people, we want to build the nation as a modern technology and knowledge-based country in the international arena and through it, we also want to materialise Bangabandhu's dream of establishing a hunger and poverty-free Sonar Bangla.” To materialise Bangabandhu’s dream as Sonar Bangla, Bangladesh must be built as a country free from illiteracy.

According to the Bangladesh Economic Review-2019, the literacy rate of Bangladesh is 72.3 per cent. The present Sheikh Hasina government is working hard to gain cent percent literacy rate in the coming decade. To achieve this, the government has adopted and implemented various development programmes, including compulsory primary education, free textbook distribution, training, development of school infrastructure, distribution of cent percent scholarships, school feedings etc. The government has also taken ‘illiteracy removing programme’ as a social movement for building a country free from illiteracy. While giving message on International Literacy Day 2019 the premier said, “We want to free the country from the curse of illiteracy by implementing literacy and education development programmes. The government is implementing a variety of programmes to ensure quality and universal education in accordance with the United Nations Sustainable Development Goals.”

Bangabandhu’s ‘Sonar Bangla’ must also be free from communism. Bangladesh is called a role model of communal harmony as multi-religious people live here in peace and harmony. If you look at the political and social condition of our neighbouring countries, you can understand how peace loving we are! For unity of people from all religions, we could snatch independence in 1971 and become an independent nation. In the March 7 speech, Bangabandhu called for this unity - In our Bangla, Hindus and Muslims, Bengalis and non-Bengalis are all brothers. We are responsible for their safety; let us not taint ourselves in any way.”

The Mujib Year is a blessing to the people of Bangladesh as the government of Bangladesh has announced that they will ensure 100 per cent electricity coverage within Mujib Year or Mujib Barsho. It means the government is going to bring the whole country under electrification network within this year. This is really a praiseworthy initiative though it is very challenging.

At last my earnest request to the people of Bangladesh is that let’s celebrate Mujib Year as a challenging year to materialise Bangabandhu’s dream of ‘Sonar Bangla’.  Let’s be united and work together for the development of our motherland.