A case has been filed by Awami League lawmaker Saifuzzaman Shikhor against 32 people including daily Manabzamin editor Matiur Rahman Chowdhury and staff reporter Al Amin with Sher-E-Bangla Nagar Police Station under Digital Security Act on March 9 ‘for publishing false story and sharing it on social media’. According to the FIR, the plaintiff Shikhor alleged that the Bangla daily published a fabricated story on March 2 titled ‘Papiyar mukhe amla, MP, Baboshayi soho tirish joner nam’ (Papiya reveals 30 names including bureaucrats, MP and businessmen). He claimed the report fictitiously accused him and 30 people defamed him by sharing it on social media. Caught in utter surprise the nation has witnessed that the third accused of the case Shafiqul Islam 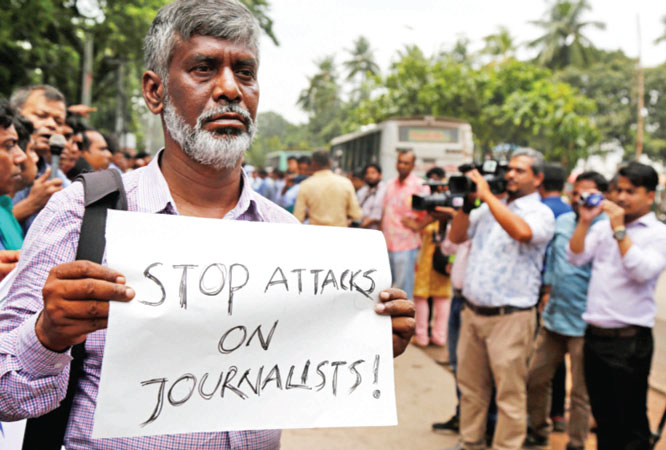 Kazal, former senior photographer and editor of fortnightly Pokkhokal, went missing on the very next day of filing the case. The common people didn’t get much time to come out of the shock as another incident took place in Kurigram where Ariful Islam Regan, Kurigram correspondent of daily Dhaka Tribune and online news portal banglatribune.com, was arrested and tortured by some high-ranking government officials and jailed for a year by a mobile court operated by a ‘taskforce’ under Kurigram district administration in the dead of night on March 14.

All these incidents became talk of the country owing to some special reasons. In the first incident, the report based on which the charge was made did not mention the name of any individual. Then why did the complainant take the issue personally and file a case? Besides, he cited that some individuals mentioned his name on their social media posts which defamed him. The question is how the accuser related the status on social media to a news report which did not mention his name. Even then, if he found two incidents inter-related, he could easily file a complaint to Bangladesh Press Council which could take action against the journalists if his accusation was proved true. But instead he filed a case under Digital Security 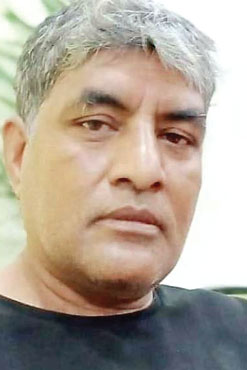 Act. It seems that he didn’t intend to prove journalists guilty and ensure their punishment rather he wanted to scare them. The second case is more serious as disappearance of any person is a clear violation of human rights and when this sort of unfortunate incident happens to a journalist, it is considered as an attack on journalism. Unfortunately till date the law enforcement agencies even didn’t make a statement, let alone any action to find him. It is mentionable that online news portal purbapashchim.com’s journalist Utpal Das was missing for two and a half months in late 2017. But when he was found, law enforcement agencies showed no interest in finding out the culprits or the kidnappers. If they investigated the Utpal Das missing case properly, they could prevent abduction of Shafiqul Islam Kazal. The third case is actually a case where Deputy Commissioner (DC) of Kurigram wanted to ‘teach a lesson’ to a journalist. Ten months ago, in May last year, Ariful Islam Regan made a news report that after re-excavating and renovating a pond using public money and donations collected from individuals, DC of Kurigram Sultana Parvin named it after her name! He further unfolded some other incidents of irregularities of the district administration that made the DC angry. Therefore out of vengeance she used her administrative power to humiliate and harass Ariful. 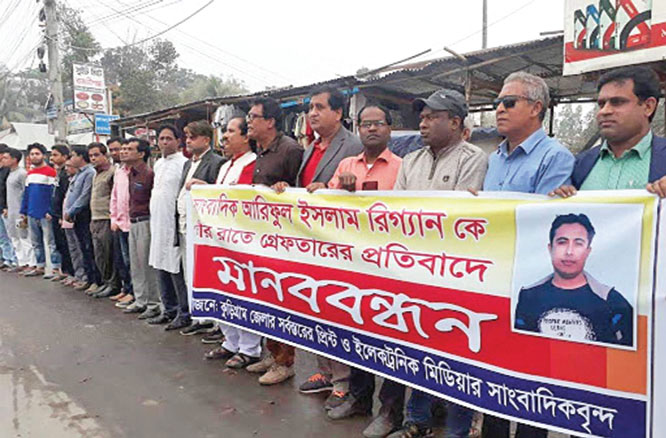 From the above examples it is clear that in Bangladesh doing journalism has become very difficult for both legal and illegal reasons. The first case is the example of how journalists are harassed by applying Digital Security Act inappropriately. When the act was introduced, people from different walks of life started criticizing it as it was assumed that journalists would be victimized by this act. But back then, the government assured that no one will be allowed to harass journalists using this law. But since the law was enacted (in October 2018) journalists have been facing hard times because of it. Whenever journalists are disclosing the irregularities and corruptions, the affected persons are filing case against them under Digital Security Act. The Amnesty International said nearly 400 cases, of which a significant portion was against the journalists, have been filed under the act at the cybercrime tribunal in the first 11 months of passing the law. According to media reports, more than 200 cases were dismissed for lack of sufficient evidence. Many of these cases were actually filed to terrify and harass journalists. Albeit the second and third incidents have been conducted employing different styles, the intention was same.

It is because free and credible media is always a big threat to the people who are involved in different illegal activities. As the

people engaged in unlawful activities are powerful, they create all possible hurdles for journalists to stop them from publishing reports which go against their interests. Sometimes, these vested quarters act so viciously that the common people become stunned and cannot protest. These incidents are just two examples out of so many happenings. Earlier, journalists were threatened, beaten or even killed on a number of occasions when their news went against the personal interests of influential individuals. But except in one or two cases journalists and their family members didn’t get justice. It clearly shows that the law enforcement agencies don’t take the incidents of torturing journalists seriously. As the perpetrators found that they don’t need to face law for attacking and killing journalists, they keep repeating such attack on journalists.

Actually two factors have made journalism vulnerable in our country. On the one hand, the state has failed to set example by punishing the culprits who dare to abuse journalists. On the other hand, the government has formulated debatable laws which prevent the newsperson from finding the truth and revealing it to the people. When law and powerful persons go ahead keeping hand in hand, the total sector of journalism has to face serious troubles and the whole process is put in jeopardy. Thus Bangladesh, among 180 countries of the world, has ranked 150th in the World Press Freedom Index in 2019, published by Reporters Without Border, a leading international organization that safeguards the right to freedom of information. It is mentionable that the country was at the bottom among the South Asian countries in the same index in 2018.

Owing to the very nature of journalism, this profession is considered as the ‘voice of the voiceless’. Journalists work as the watchdogs to detect the loopholes of the system. They share the truth that powerful people would rather conceal. Thus the press and news media is considered as the fourth pillar of the state after judiciary, legislative and executive. But in our country, corrupt people are allowed to demolish this important pillar for serving their vested interests.

Well, free media can hold our people related to the system accountable for their actions. That is why journalists always scrutinize the activities of the responsible people of all the sectors of our country with a view to providing authentic information to the people. When they do it, they hurt the interests of the vested quarter of opportunists. And there comes the problem. A considerable section of our politicians, bureaucrats, and other powerful persons, who misuse their power only to make money, see free press as the biggest obstacle before them. Making an unholy nexus to hide their delinquencies they try to stop journalists at any cost. In such a situation it is expected that the state will protect the journalists so that they can continue to help the system by identifying the irregularities and corruptions.