Some Ways The Internet Is Ruining You 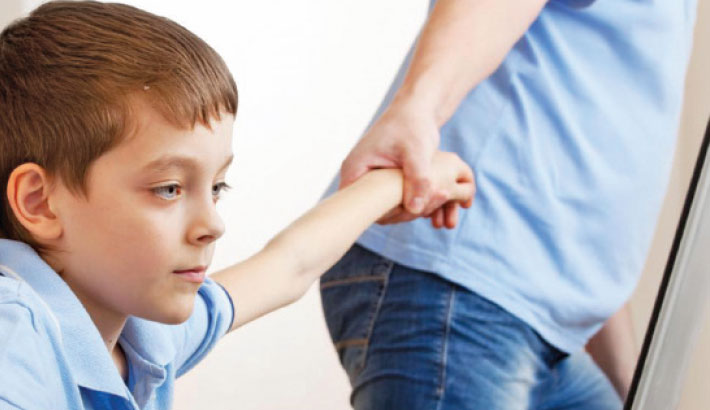 Nowadays we cannot move a single step without internet. There is no denying that internet has been helping us with some pretty wonderful features like email, videos, list-based websites etc. But we all know that everything comes at a cost and internet is no exception in this regard. These features are ruining our minds, sanity and social lives in many ways. The internet has the potential to make us very miserable.

Addiction to social media and internet destroys our productivity. Great accomplishments require great work and great work takes time. Every time someone gets a notification, the user instantaneously stops working in order to check it. They do it in every 5-10 minutes. Every time you get lost in those apps, your start it all over from zero.

Turns you into a short-term addict

People spend half of their time claiming that millennials are lazy and impatient. And they’re right in a way. But it does not matter. What matters is - why? Every time you get a like or a comment, your brain gets a hit of dopamine. The exact same chemical that makes us feel good during sex or drug use. Dopamine is the reason why social media apps are so addictive, yet they are not forbidden. They are open 24/7 even to the kids. So, your brain gets this huge amount of dopamine everyday.

Far away from the reality

Your phone and internet connection give you the possibility to consistently choose between reality and virtual. You can basically spend your whole day without facing reality. But that is not the biggest issue here. Entertainment has always been around and it is a good thing - just a matter of control. The problem is when you start escaping real life situations through your phone on a regular basis. When was the last time you told your partner how much you love them while looking in their eyes? When was the last time you told someone how much you hated them out loud? See, those are real life situations that make you anxious. But because we are afraid, we just happen to hide behind our screens and let WhatsApp or Messenger do the trick. Of course, you cannot fail on WhatsApp. You cannot look dumb or vulnerable. And it is much more comfortable that way. The problem is that those uncomfortable situations are the ones that really matter. They are meant to be lived. By digitalizing those moments, you are just making your life empty.

It may make you a racist

We all know that the internet is a breeding ground for racism; anyone who thinks otherwise can try spending an hour or so surfing YouTube comments and report back. A recent study looked at the links between social media use and racism and found that people who spend a lot of time on Facebook are more likely to accept prejudices.

In 2009, the journal Science published an overview of studies about the effect of new media on our cognitive abilities. They found that the internet can increase ‘visual literacy skills’, but that increase appears to be offset with decreases in other areas such as critical thinking, inductive problem solving, imagination and ‘abstract vocabulary’. In other words, we may be getting better at some stuff, but we are becoming a lot dumber in other areas. And the areas we are becoming dumber in might be more important. Critical thinking and imagination are pretty vital human traits. If we end up trading them in for super-duper ‘visual literacy skills,’ it would not exactly be the trade of a lifetime.

A breeding ground for extremism

Put simply, social media is one of the greatest recruitment tools extremists have. In 2011, the UK government declared it had “transformed the extent to which terrorist organizations and their sympathizers can radicalize people in this country.” A year later, the BBC investigated Al-Qaeda’s Twitter strategy and found that the terrorist organization’s presence was limited. By setting up accounts in the name of wanted terrorists, they were reaching a wider audience and exerting greater influence than ever. But it is not just Islamic extremists who are benefiting from social media. Norwegian scumbag Anders Breivik is known to have been radicalized by far-right websites and forums, while the Simon Wiesenthal Center estimates Twitter helped spur a 30 percent growth in web-based hate and terror forums last year. That is definitely not a figure to be proud of.