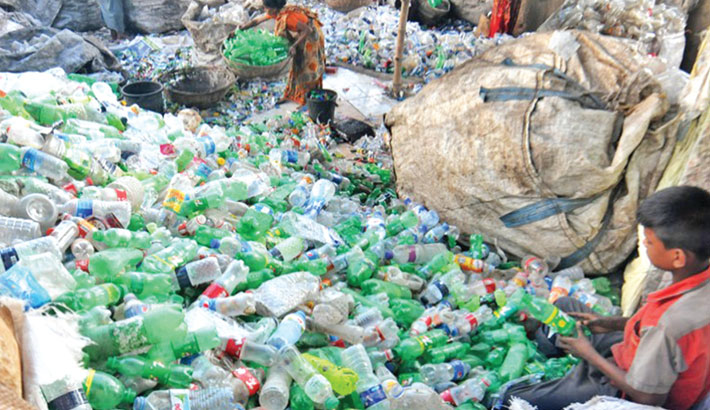 About half of the population of Bangladesh lives in poverty, with around 76 per cent of the working people earning $2 a day, according to the United Nations Development Programme statistics. The recycling industry has grown quickly in recent decades and this boom has translated into social, environmental, and economic benefits for the society by creation of jobs in the recycling industry. There are several training options available for those interested in pursuing a career in the recycling industry. 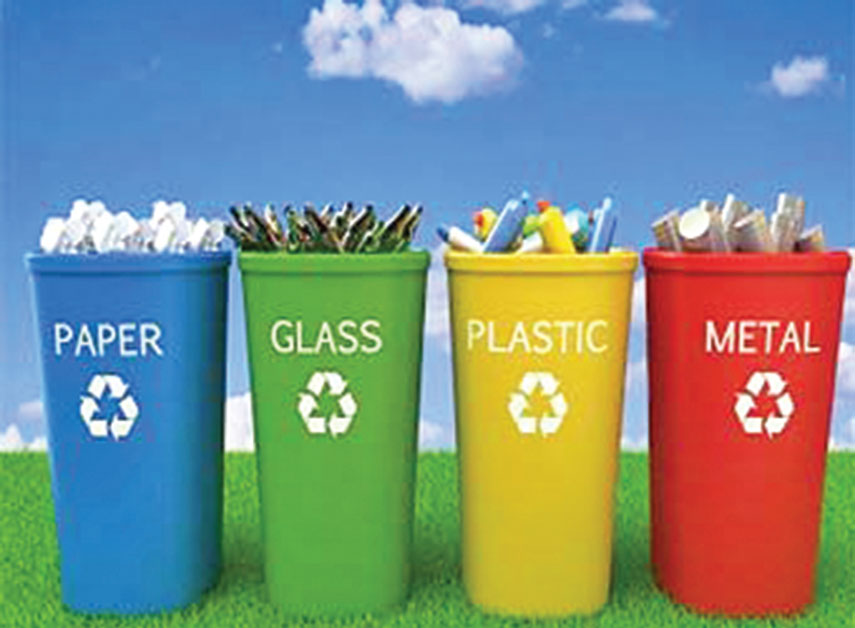 -               According to the Institute for Local Self-Reliance (ILSR), the systematic removal of every 10,000 tons of solid waste creates only six jobs while the same amount of waste if recycled can create recycling jobs for as many as 36 people.

-              A study by “Friends of the Earth” said that over 51,000 recycling jobs could be created in the UK, if 70 per cent of collected waste was recycled. If industrial and commercial waste were recycled at the same rate, another 18,800 additional job would be created. The study suggested that the government must be ambitious in setting annual recycling rates. Stopping the production and selling of products that can’t be reused and recycled can take recycling rate to 75 per cent by 2025.

-            On an EU level, if a goal of 70 per cent recycling of the main recyclable materials were met, estimates suggest that up to 322,000 direct recycling jobs could be created in the 27 EU countries. EU countries would recycle an extra 115 million tons of textiles in the process, including woods, ferrous and non-ferrous metals, plastic, paper, bio-waste, and glasses. Recycling this amount of wastes and material could create another 160,900 indirect and 80,400 induced jobs. Therefore, the total potential is more than 563,000 net new jobs.

Lowering the unemployment rate can be a golden opportunity for employment generation through established plastic recycling factory. Plastic is one of the most widely used and known elements in everyday life. Plastic waste management has become a major headache for developing countries like Bangladesh and use of plastic bags has been banned in the country. Nevertheless, its use has not stopped. Proper management of plastic waste can be a timely decision to solve this problem.

However, Bangladesh is import dependent for plastic raw materials (polymers) and this is definitely a good thing. No need to worry about catastrophic control of new polymer production. There are more than 3,000 plastic manufacturers in this country, 89 per cent of these are small and medium enterprises. The plastic industry contributes to one per cent of the total GDP. Its domestic market value is about $1000 million and the sector employs more than five million people.

As a developing country, the plastic industry is expanding. Plastic waste can be recycled in most well-designed and scientific ways. A large portion of plastic waste (eg: PET plastic) is exported to China, Thailand, Finland, etc. for advanced recycling. Direct contamination of dirt and garbage when it comes to collecting plastic waste leads to health hazards.

The indirect effect of plastic waste on health is unknown to a large part of the society, being neglected by the conscious people of the society. Every day, about 1,220 tonnes of waste is produced in the two cities of Dhaka. But in Megacity Dhaka, modern, sustainable and advanced waste management has not yet been developed. Plastics do not mix with the soil, so, it litters the ground and may interfere with the recharging of ground water. As a result, the level of the fresh water table will decrease day by day. The crisis of drinking water will increase.

Another aspect of a developing country like Bangladesh is lack of employment. To make employment arrangement within our reach the government’s willingness to cooperate and invest in the right sectors is needed. Recycling plastic bottles can be a nascent industrial sector for employment generation. Bangladesh is not investing in this sector. Most plastic wastes are directly exported overseas while a negligible amount is recycled within compared to the waste produced. We have an outstanding opportunity available in our country to join a team focused on the recycling of plastics.

Plastic waste can be used to produce fuel oil. Government support is needed to make it a reality. Another potential area of employment in Bangladesh by plastic waste recycling may be the production of resin or cloth yarn. Bangladesh is spending more than 20 crores in making plastic bottles and garment yarn resins. Plastic bottles are produced by recycling this resin, a specialty yarn in the garment factory. The process of creating resins is not a very simple method, but a long process. Resin production can become one of the most productive places of employment in government sponsorship. The industry will also play a role in earning foreign currency to meet the country’s domestic demand.

Another use in plastic waste is gas and oil production, by setting up plants for the production of fuel-gas from plastic waste. The price of diesel produced will cost Tk 20 only. There will be much employment generation because the production, processing and marketing of gas and oil from waste will require manpower, in addition, many people will be required to collect and supply plastic waste and raw materials. For plastic recycling, collected items go through a rigorous process to be used as raw material for the production of new goods. From the collection of materials to selling them, recycling businesses need varying degrees of skilled and semi-skilled employees to perform recycling industry jobs. Many recycling companies and associations play a significant role in building social awareness by providing recycling training services.

Given the capacity of recycling to generate jobs, it is important to take the necessary steps to create an environment that stimulates recycling and recycled material markets. The government should make a platform for people interested in these activities. Interested people can arrange loans on easy terms. Even the public-private initiative can implement these projects if desired. Plastic waste recycling can be a huge employment and economic zone for the country. Running business in a sustainable manner isn’t just good for the planet, it’s good for our bottom line. Learn best practices for sustainability in the recycling business operations, and find out how to build a business around recycling.