‘Onward’: A Movie With A Life-Altering Message 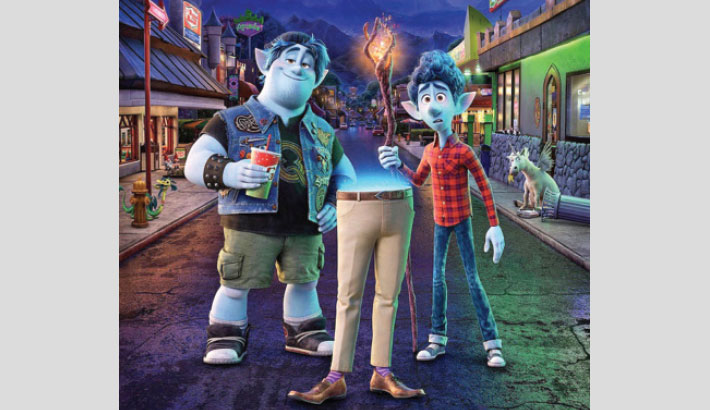 A lot of movies can make you cry at the end, but a movie that can make you cry in the first 20 minutes? Ah, the Pixar touch. ‘Onward’ is such a movie, one of the very best Pixar has made, full of comedy with a purpose and pointedly metaphorical action. As with other Pixar offerings, its best feature is in its world-building rather than its characteristically frantic climax, but its foundation of ideas is sublime. ‘Onward’ gazes into the deepest sources of our collective psyche and cry out movingly against the decadence of our age. 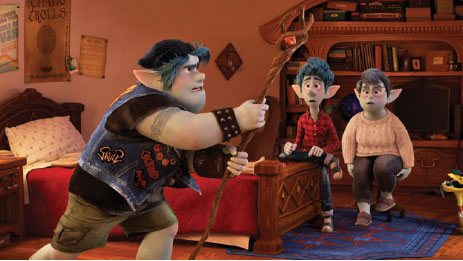 It takes place in a less profane but more comprehensively enervated iteration of the Ted world, an imaginatively null post-magic society that makes for a nifty metaphorical overlay on our post-religious society. Dragons are just yappy little house pets, and a tavern like the one from The Fellowship of the Ring has become a Chuck E. Cheese. Fabulous creatures - centaurs, manticores - do prosaic jobs: waiting tables, driving police cars. One young fellow, Barley Lightfoot (voiced by Chris Pratt), stands athwart all of this, demanding a return to mystical ways, epic trials, enchantment, meaning and transcendence.

Barley and his little brother Ian (Tom Holland) are missing their father, who died far too young and left behind an intriguing item, a staff that suggests he wielded mysterious powers. Barley insists he was a wizard! No, the boys’ widowed mother (Julia Louis-Dreyfuss) responds, he was an accountant. Via incantation, the boys’ father might be returned to life, yet to complete the job will require an Arthurian journey. So the brothers sally forth in a groovy Seventies-style van in which Barley has covered up the D on his gearshift with an O, so that instead of Drive, he can shift the car into ‘Onward’. Barley’s faith in the ineffable is childlike and comical, yet it is his unwavering commitment to the existence of mystical powers that brings them back and makes them relevant again. He is the congregation, and shy, dorky little Ian is the priest who conjures up a bridge (at one point a literal one) between our daily lives and our spiritual selves.

‘Onward’ contains multitudes of other movies - ‘Back to the Future’, ‘Zootopia’, ‘the Indiana Jones’ series, ‘The Incredibles’ - but these references aren’t lazy borrowings. They speak to something - see that Barzun remark about endless repetition. Co-written and directed by Dan Scanlon, who previously directed Monsters University and who, like Ian, lost his father when he was a baby, the film casts a waspish gaze on our habits of performative imagination - the Medieval Times restaurants, the cosplay, the Halloween parties for grownups - and finds that they all have the same basis, a continuing human need that there be more to life than what we experience on the surface. We yearn for something more marvelous than the mere everyday. We long to connect with our fathers and to walk in their footsteps.

It’s a movie about patrimony, a word that can hardly be spoken aloud anymore. It’s odd that there are ten movies about losing one’s mother for every movie about losing Dad because, as a culture, separation from our fathers is something we’ve achieved on an enormous and devastating scale. Ian makes a poignant little list of things he wishes he could have done with his father, and the list is so starved and basic that it speaks for a huge cohort of children, going back generations, who can barely comprehend what it means to have a father and so imagine that playing catch is where the magic lies. ‘Onward’ recognizes that it’s simply the ordinary days we spend with our fathers that really matter.