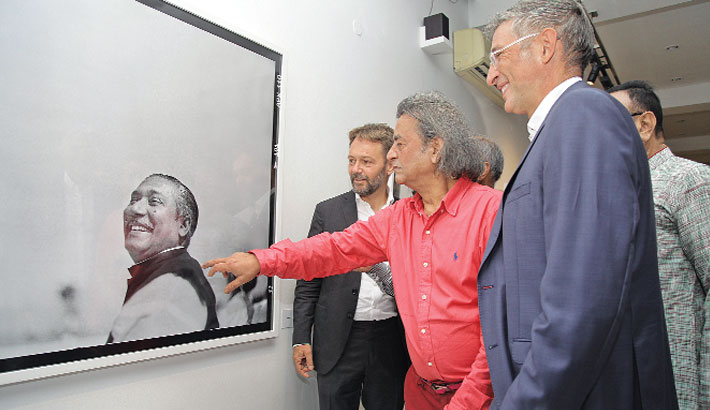 The fifty-ninth solo photography exhibition titled ‘Joy Bangabandhu’ by Nasir Ali Mamun is underway at La Galerie, Alliance Française de Dhaka. It was inaugurated on 6 April 2020. HE Jean-Marin Schuh, Ambassador of France to Bangladesh, attended the event as the chief guest while eminent artist  Shahabuddin Ahmed graced the occasion as the guest of honor. 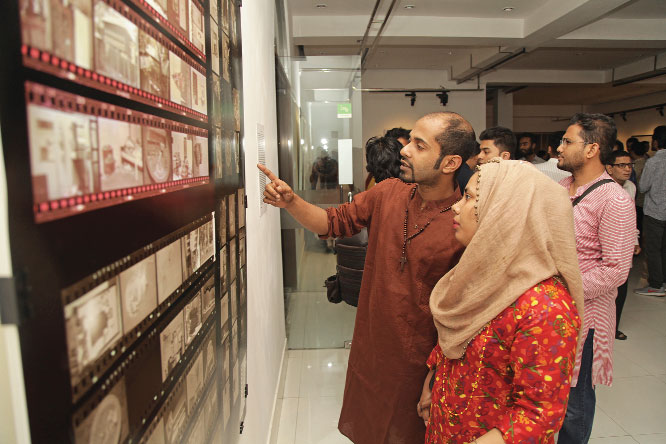 Dedicated to the freedom fighters of Bangladesh, this exhibition has been organized on the occasion of the birth centenary of Bangabandhu Sheikh Mujibur Rahman. A total of 25 photographs are on display at the exhibition.

Just after the liberation war in 1971 Nasir Ali Mamun’s camera defined portraiture in Bangladesh that eventually ushered in a new era of portrait photography in the country. Widely regarded as ‘the poet with the camera’, Mamun has taken some of the most iconic portraits Bangladesh has ever seen. His black and white images display a beautiful yet enigmatic and equivocal coalescence of light and shadow.

Mamun took many portraits of the ‘Father of the Nation’ Bangabandhu Sheikh Mujibur Rahman in the early seventies and recorded his rare moments. This exhibition is showcasing unpublished and historic photographs of Bangabandhu. “I was only seventeen 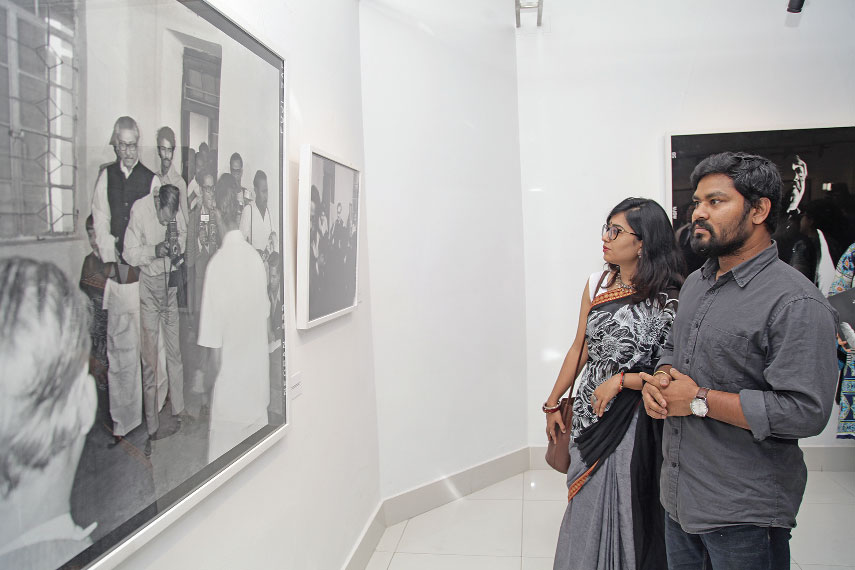 when I photographed Bangabandhu for the first time. I was not a photojournalist then, still I used to feel the urge. And it was clearly evident to me that he will change the course of history. That’s why I followed Bangabandhu and took his photographs using a box camera during the period when he was gradually turning into a national leader. I expect support from different quarters so that these historic images can be preserved and passed on to the coming generations”, shared the artist.

Nasir Ali Mamun was born on 1 July 1953 in Dhaka. He is best known for his extraordinary and soul-searing portraits of celebrities from a diverse background, including arts and politics.

A career spanning almost five decades, Nasir Ali Mamun has arranged 58 solo photography exhibitions so far. He is currently working to establish PHOTOSEUM, a museum based on photography, in Bangladesh.

The exhibition will remain open for all till Tuesday, 24 March 2020.