AL facing rebels at many wards 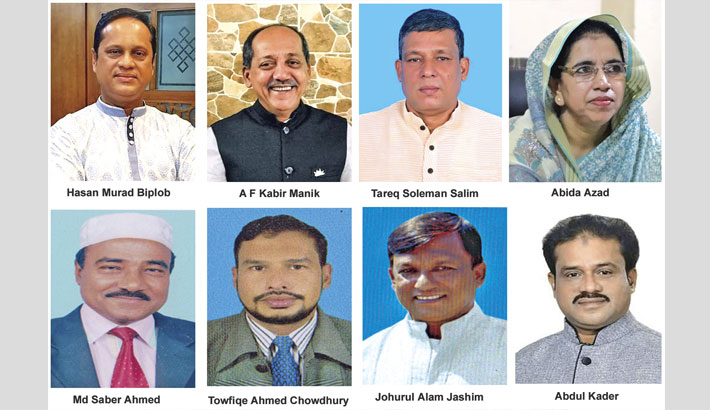 Despite receiving warning of stern action from the party, a good number of rebel candidates including 14 incumbent councillors of ruling Awami League (AL) are contesting the Chattogram City Corporation (CCC) elections.

The party senior leaders failed to convince the rebels to step back from the electoral race, they said.

There are 55 wards including 41 general wards and 14 women reserved wards under the CCC. Rebel candidates are fighting in 33 general and 12 reserved wards, source said.

There are seven single candidates in general ward and two in reserved wards from the AL.

Incumbent AL backed Councillor Harun Ur Rashid is going to be elected unopposed at Purba Bakolia ward as there is no candidate against him after withdrawal of nomination by the BNP candidate.

Most of the rebels said they are participating in the election for having public support and complete their incomplete works.

Incumbent councillor Hasan Murad Biplob of Firingee Bazar ward said it is a local government election which should be opened for all the candidates.

“I want to spread messages of the Prime Minister Sheikh Hasina and her development works during my publicity,” he said.

“In spite of having good chance I was deprived of the party nomination this year,” claimed Biplob.

He also announced that he will emphasis on establishing technical college, women education centre, pure drinking water booths and waste management system in his ward if elected again.

Another rebel candidate Tareque Solaiman Selim of Alkaran ward smelt conspiracy behind not getting the nomination this time.

"People are with me and they wanted me in the election. My support will reflect in the results," he said. Party should open the councillor candidate post as they cannot use the party symbol which also means it as a non-party election, he observed.

Tareque also said expulsion for participating in the election will not be able to keep him away from supporting the AL.

Incumbent reserved ward councillor and rebel Abida Azad said she was dropped this time for personal conflict despite having a political career of 42 years.

She alleged that the party nominated a candidate lacking good family background and is also involved with drug peddling.

F Kabir Ahmed Manik of Lalkhan Bazar ward said anyone has the right to participate in the election not using the party name and symbol.

“I’m getting huge supports from the first day of the campaign and will try to bring the voters to polling centres as the Prime Minister Sheikh Hasina wanted a participatory election,” he said.

AL nominated single candidate in Jamal Khan ward Shaibal Das Suman said he will not paste any poster in his ward during the electoral campaign and raise awareness regarding coronavirus among the voters.

“Jamal Khan is already a model ward in the CCC and I will try to keep the development activities continued in future,” he promised.

“I have plans to establish library, murals, bird zone in the ward and carry out the humanitarian activities in the schools,” he said.

AL nominated councillor candidate Md Ibrahim at Jalalabad ward said he has to compete with rebel candidate who is the incumbent councillor of the ward.

“I have the confidence of winning the election and the rebel candidate will not be able to leave impact on my campaign as people are with me,” he said.

AL Presidium Member and CCC Election Conducting Committee Chairman Engineer Mosharraf Hossain MP told the daily sun that they will take steps against the rebels from the party.

“We tried our best to convince the rebels for not participating in the election, but they denied. So, they must be punished by the party,” he said.

The rebel candidates will not be able to hamper the election campaign and AL’s victory, Mosharraf observed.

AL Deputy Publicity and Publication Secretary Aminul Islam Amin also said rebels are not beyond of the punishment.

The party already punished some rebels of the elections in the both cities of Dhaka and gave directive not to allow them in any committee in future, he said.

Most of the leaders and activists of the AL are united for the victory of nominated mayor and councillor candidates, he added.

The election Returning Officer (RO) Mohammad Hasanuzzaman said they have taken sufficient measures to ward off any untoward incident centring the campaign and election.

He also hoped to hold the election in a free and fair manner.