A must-visit site for everyone 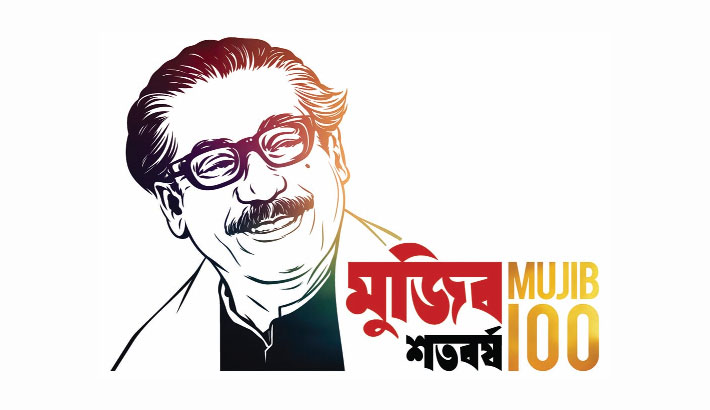 Among many historical sites, monuments and museums in Bangladesh, Sheikh Mujib Agartala Case Memorial Museum is one of the important and must-visit sites. It is like a living entity of Bangabandhu's struggle against suppression by Pakistani rulers. However, many of in-bound and domestic tourists in Bangladesh are yet to be much aware about this important museum located in Dhaka. We should bring this museum to the forefront and let the people know about the history of Agartala Conspiracy Case and this museum.

This museum is located at Shaheed Belayet Road in Dhaka Cantonment area, just 10 minutes’ drive from Hazrat Shahjalal International Airport. It is situated near the Combined Military Hospital (CMH) in Dhaka. It is also only a few minutes’ off from Bijoyketon Liberation War Museum where the trial took place. These two museums are closely connected by the historic events of Agartala Conspiracy Case.

Sheikh Mujib Agartala Case Memorial Museum in Dhaka witnesses the life-long struggle and great sacrifice of Bangabandhu unto his death. Bangabandhu Sheikh Mujibur Rahman, the liberator of Bengali nation and Father of the independent Bangladesh relentlessly fought for the emancipation of oppressed people of this country and wellbeing of all irrespective of class, race, caste and creed etc.  He believed in achieving something big in exchange of major sacrifice. He also said, "Those who are not ready to sacrifice are not capable of accomplishing anything great." Therefore, as he believed, Bangabandhu's own life was a life of relentless sacrifices. Throughout his whole political life, he had to face many false cases and pass many years in jails of Pakistan.  Bangabandhu was continuously harassed and oppressed by the autocratic rulers of Pakistan. He was arrested and imprisoned many times in a number of cases.

In January 1968, the government of Pakistan filed the infamous Agartala conspiracy case against Bangabandhu as the principal accused, with 35 other Bengalee civil and military officials. President Ayub Khan hatched this wicked plan to quell the increasing movement for the 6-point programme declared by Bangabandhu. The accused persons were charged with conspiring for the secession of East Pakistan from the rest of Pakistan through armed revolt. The case itself was officially styled "State versus Mujibur Rahman and Others." President Ayub formed a self-styled tribunal.

The case sparked up a great commotion in this part of the then Pakistan. The student community started a united movement across the country against the autocrat Ayub rule. Therefore, Ayub's conspiracy case could not make much progress. The government of Pakistan backtracked when a mass movement started and a furious mob set fire to the state guesthouse, and Justice SA Rahman, Chairman of the Tribunal, and Manzur Quader, Chief Prosecution Lawyer, were compelled to leave East Pakistan.

The brave students and mass people defied Section 144 imposed by the police and broke the barricade put by the East Pakistan Regiment (EPR). Thousands of students took to the streets. They chanted slogan, "We shall break the locks of the jail and free Sheikh Mujib." Also the slogans were, "Your leader, my leader, Sheikh Mujib, Sheikh Mujib," et cetera. A mass upsurge took place. Shooting at sight was ordered by the Pakistani rulers. During this movement, many people were shot dead, among which to be named are Asad - a Dhaka University student leader, Dr Shamsuzzoha- a distinguished teacher of Rajshahi University and Matiur - a school student in Dhaka, and Sgt Zahurul Huq. Among the martyrs, Sgt Zahurul Huq was accused of the Agartala Conspiracy case. In the face of mass upsurge, on February 22, the Pakistan government was compelled to grant unconditional release of Sheikh Mujibur Rahman. Next day, in a large rally in the then Race Course Field (presently Suhrawardy Uddyan), Sheikh Mujib was accorded a grand reception. In presence of millions of people, Sheikh Mujib was conferred with the title of Bangabandhu (a friend of Bengal).

To exhibit Bangabandhu's life-long struggle and sacrifice for freedom and to let people know about the arrest over the Agartala Conspiracy Case, this museum has been established. This museum has some basic attributes. It is comparatively miniature and focused only on the historical Agartala Case. The museum is placed on the exact place where Bangabandhu was imprisoned after the trial of Agartala Conspiracy Case. The museum is built around the prison where Bangabandhu was kept.  The museum bears much significant values as it has stored the marks of a historic man and event making it historic as well. Inside the museum, the belongings and essential items used by Bangabandhu are displayed. Visitors can have a glance of many documents related to that historical Agartala Conspiracy Case. This museum speaks about the background history of our struggle and fight for our liberation and Bangabandhu's life and his political philosophy.

To know more about the political life and struggle of Bangabandhu, tourists must visit both the Bangabandhu Memorial Museum at Dhanmondi 32 and the Agartala Case Memorial Museum in Dhaka Cantonment. This museum deserves huge publicity to the common masses of Bangladesh. We expect as a part of celebrating the birth centenary of Bangabandhu, publicity materials on this museum are produced and distributed to all. A separate website may also be developed on this important museum. Tour operators may include this museum in their packages for foreign and domestic tourists.  Teachers of various schools and colleges may make regular visit to 'Bangabandhu Memorial Museum' in Dhanmondi as well as 'Sheikh Mujib Agartala Conspiracy Case Museum' in Dhaka Cantonment.

The writer is Manager (PR and FL) of Bangladesh Parjatan Corporation.