A Glowing Tribute To Gabo! 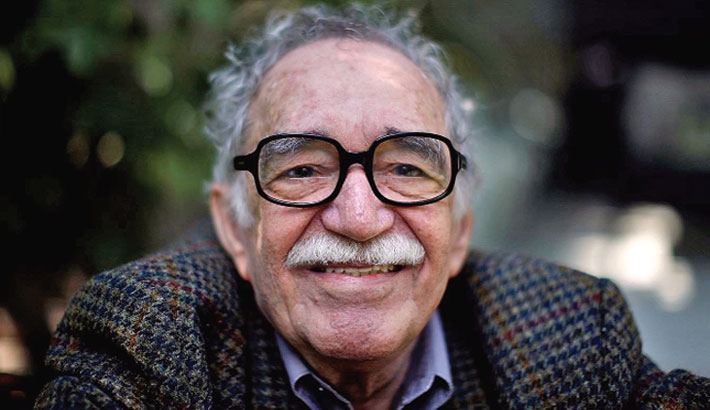 I fell in love with Florentino Ariza’s obsessive and passionate love for Fermina Daza. He was madly, crazily, obsessively and magically in love with her. He waited for “fifty one years, four months and four days” just to win her back. In the meantime, he was sexually involved with many women around 622 times! At my early 20s, Florentino Ariza gave me a reason to believe that the spirit can remain fresh and untouched even when the body gets the experience of sexual encounters. I read the book and movie Love in the Time of Cholera several times, because I literally did not want its magic to meet an end. It created a maze of illusion for which the reality of life also seemed mesmerizingly magical. Thanks to Gabo for writing such a piece! 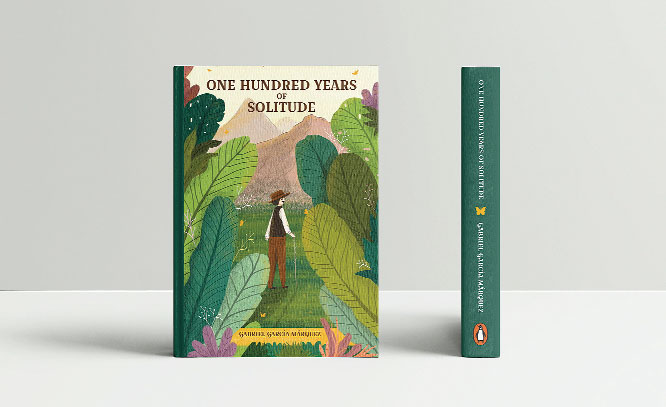 Gabo! This is the pet name of the great Columbian Nobel laureate Gabriel Garcia Marquez. When he passed away on 17 April 2014, he was acclaimed as “the greatest Colombian who ever lived” by Juan Manuel Santos, the president of Colombia at that time. He wrote both fictions and political non-fictions. Although he wrote in Spanish language, his works have been translated into more than 30 languages. This is why, he could create international readership. In almost all the English departments in our country, Gabo’s novels and short stories are taught. I wholeheartedly thank my teacher eminent poet Professor Dr. Kaiser Haq for introducing this brilliant and magical writer to us. On the occasion of Gabo’s birthday, I would like to pay tribute to him through this piece.

Gabriel Garcia Marquez was born on 6 March in 1917 in a village of Arcatacain Columbia. He spent his early childhood with his maternal grandparents. They are the ones who gave him the exposure of fairy tales which fueled his imagination and filled it up with the images of ghost and supernatural elements. His grandmother was a great storyteller. He even set the plot of his novel Of Love and Other Demons from one of the stories told by her. After the death of his grandfather, he went back to his parents’ care. He received his education in a boarding school. After completing graduation, he started studying law.

However, Gabo spent most of his time in reading fiction. He was hugely influenced by the literary works of Frantz Kafka and Jorge Luis Borges. In one of his interviews, Gabo said that his literary writing began with Kafka’s The Metamorphosis. He said, “The first line almost knocked me off the bed. I was so surprised. It reads: ‘As Gregor Samsa awoke that morning from uneasy dreams, he found himself transformed in his bed into a gigantic insect.’ When I read the line I thought to myself that I didn’t know anyone was allowed to write things like that. If I had known, I would have started writing a long time ago. So, I immediately started writing short stories.”

He also learned the art of mixing ideas with straightforward narrative style from Kafka. He really was moved by the extraordinariness of inserting absurd and anomalous elements in fiction. Also the influence of his grandmother’s ghost stories helped him write what we call magical realism in fiction. His works are placed under the umbrella of the genre called Magic Realism. However, Gabo started his career as a journalist. He was a very successful journalist. He had a very clear-cut political view. He was a “committed leftist” throughout his entire life. His socialist and anti-imperialist ideologies are also seen in his fictional pieces.

Marquez, in non-fictional works, first wrote a novella ‘Leaf Storm’ which took him seven years to get a publisher. Finally it was published in 1955. Among all other great works, Gabo himself considers it as his most favorite one. According to his own explanation, it was his favorite because it was “sincere and spontaneous”.

When he stepped into his adulthood, at the age of 18, he wanted to recollect the childhood memories of his grandparents’ place. He used his grandmother’s stories as raw materials to set the tone of his novel One Hundred Years of Solitude which is considered as his masterpiece. In this novel, he covered the story of seven generations in a family of an imaginative village called Macondo. He portrayed the characters of this novel so realistically that readers of his continent could find it quite relatable to their own culture and place. I cannot forget one character called Rebecca who had an absurd and funny habit of eating mud!

I faced an interesting problem in me after reading One Hundred Years of Solitude. The characters of the novel suffered from semantic dementia or “quicksand of forgetfulness”. I suffered from the similar kind of forgetfulness right after finishing the novel. It is weird, but true that the magic of Marquez influenced my thought process to such an extent that I became like one of the characters of Arcadio family.

This novel brought Gabo massive popularity and fame. He became the most important novelist of Columbia who not only wrote the story of Columbia but of the entire Latin America. It also led him to the way of winning the prestigious Nobel Prize in 1982. He cordially accepted it as a recognition that transcended his singular body of work. He said to the Nobel committee, “I have the impression that in giving me the prize they have taken into account the literature of the sub-continent and have awarded me as a way of awarding all of this literature”. Gabo made the world brighter for writers in Latin America and beyond.

An interesting fact about Marquez is that he fell in love with his wife when she was only nine years old. They were childhood sweethearts. He met Mercedes Bartha in school. Then he decided to marry her. So, he waited for her and finally got married in 1958. I firmly believe that his 1985 novel Love in the Time of Cholera is based on his own love story with a little bit of change in it. It is considered a non-traditional love story as “lovers find love in their ‘golden years’ - in their seventies, when death is all around them”. He spent a very happy conjugal life with his beloved wife with who he had two children.

When I read Gabo I also believe that “the only thing that interests me is love”. As I am writing about him, I will quote his own words and dedicate those to him. Dear Gabo, as I am writing this for you, “it is enough for me to be sure that you and I exist at this moment”. Live magically as long as readers read your magical pieces. Happy Birthday, Gabo!

(The writer is Lecturer, Department of